Tyrannosaurs are essential components of Late Cretaceous ecosystems, but are generally rare and poorly known, especially in the southern U.S. We discovered a mass mortality site, including tyrannosaurs in multiple growth stages. What caused this mass mortality? How diverse were southern tyrannosaurs? What can we conclude regarding the social structure of these apex predators? Full excavation of the site and preparation of the fossil material will help us answer these critical questions.

The Late Cretaceous rocks of southern Utah preserve a fairly continuous and detailed record of dinosaur evolution between 88 and 73 million years ago. Much of the fossil material found in the Kaiparowits Formation of Grand Staircase-Escalante National Monument is preserved remarkably well, at times capturing soft tissue. This allows for a very detailed glimpse into the unique paleo-ecosystem of the southern part of Laramidia, the island continent that stretched from Alaska to Mexico. Despite its remoteness, in the last 20 years at least 30 new species of dinosaurs have been unearthed from GSENM, of which about 20 have been found in the Kaiparowits Fm alone. Interestingly, many animals discovered from this region are morphologically distinct and part of a whole new ecosystem.

Diversity of tyrannosaurs, a group of large carnivorous dinosaurs including T. rex, is still largely unknown, mainly because tyrannosaur skull finds are rare. We discovered a site with the remains of three size classes of tyrannosaur, elements of which are morphologically different from analogous elements of the one tyrannosaur known from the Kaiparowits Fm. Full excavation, preparation and research of this site will help us determine tyrannosaur diversity. The association of multiple tyrannosaurs at different growth stages will allow us to assess possible social structures, evidence for which has been previously lacking in southern Laramidia. This discovery is invaluable for understanding not only tyrannosaur behavior, but also general Late Cretaceous paleoecology of southern Laramidia.

We would like to fully excavate the site, which will require at least two additional field seasons. The fossil material needs to be transported to our lab in Kanab, Utah, much of which has to be done via airlifting due to jacket size/weight and the GSENM transportation plan that prohibits offroad driving.

To unravel the depositional story and assess the cause for this mass mortality, we would like to conduct a detailed analysis of the site. We have found abundant charcoal associated with the fossil material. Was a forest fire responsible for the deaths?

Once in the lab, we would like to fully prepare the material and make a taxonomic identification of the tyrannosaur. Is it a new species? And if so, what does that tell us about the tyrannosaur diversity this far south on the Laramidian continent?

So far, the site is only partially excavated. We have at least two more field seasons of comprehensive data collection ahead of us. We need essential supplies like plaster and burlap for jacketing of the fossil material, replacement saw blades, consumable tools (brushes, whisks, chisels), and hardener for stabilizing fragile bone.

We would also like to reduce the expenses associated with transportation back and forth to the site by camping close by, for which we need food for a crew of 6 for at least 6 continuous weeks. Once jacketed, we need to transport the material to our lab in Kanab, Utah. Smaller jackets and surface collections can be transported with ease; however, larger jackets simply have to be airlifted via helicopter, for which we anticipate 1.5 hrs at $1800/hr.

Once in the lab, the material needs to be prepared by our volunteers, which requires additional supplies and consumables, such as glues, epoxies, gypsona bandages for jacketing, scribe tips, paper towels, brushes.

This is an exceptional site from the Kaiparowits Formation - not only are tyrannosaurid fossils very rare in Grand Staircase, but this is the first multi-individual accumulation of theropods from the formation. This project will ensure preparation, curation, and study of the materials, and lead to major insights into how tyrannosaurids were part of this unique 76-million-year-old ecosystem. 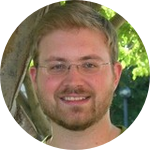 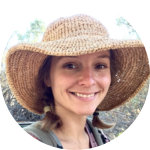 Currently the lab has an outstanding trained crew of over 18 volunteers dedicated to the preparation of fossil materials. This adds thousands of dollars in savings to the project and makes it truly “citizen scientist” supported.

5 Lab Notes Posted
Bigger than we thought!
There's more where that came from...
Opening up the quarry