Low and middle income countries (LMIC) are as equally affected by the COVID-19 pandemic as more affluent ones. There is a lack of testing and vaccination data, which results in inaccurate information about the number of cases, and makes it difficult to forecast the pandemic evolution and devise interventions. CoronaSurveys is a system to continuously collect data via anonymous surveys. We will deploy this to accurately determine incidence and other factors (e.g. vaccine uptake) in LIMC's.

The CoronaSurveys project was launched in March 2020, when no government was able to track the number of cases of COVID-19, and the number of confirmed cases was only the "tip of the iceberg." In order to get estimates of the number of cases, we deployed a survey with indirect reporting, which allowed us to get good estimates, applying a statistical technique called the Network Scale-up Method (NSUM).

Unfortunately, although testing is more widely available now, the official number of cases and deaths is still not reliable in some LMICs. The same applies, now that vaccines are available, to the level of vaccination. The lack of reliable data prevents the authorities from making informed decisions in order to fight the pandemic.

This project uses surveys in which participants report about observed health data and symptoms of their contacts. Such indirect reporting combined with the Network Scale-Up Method still allows population-level estimates but preserves the privacy of participants and requires fewer responses than direct surveys. Our initial results suggest we can accurately estimate cases at a country level in LMIC. This will be the first time Network Scale-Up is used at a global level to collect continuous data.

Moreover, the CoronaSurveys team has developed models and techniques to combine these estimates with other data sources to forecast the evolution of cases and deaths in a country, and to devise measures to fight the pandemic. These are powerful tools to be deployed in LMICs.

The goal of the project is to reliably compute estimates of the evolution of the COVID-19 pandemic (infections, fatalities, vaccinations, etc) in LIMC's where the data is not reliable: Nigeria, Brazil, India and Ecuador. Initially we will deploy the project in Portugal to validate the methodology.

We have solid expertise to deploy our surveys in an effective way within our budget and within the countries we have specified, as well as personal local contacts to assist us with deployment and online promotion. Data analysis by our team has a proven track record as evidenced by our participation in the data challenges as well as in published materials, and corrects for errors and validates responses. We have previously proven our methods at Town, City, and Country levels.

The budget includes the operational costs of maintaining the project active for one full year. It includes the cost of the servers, domain, and administration and maintenance of the software. These tasks are complemented with the work of a number of volunteers contributing time to the project.

In addition, in order to reach as many people as possible to contribute to the survey, we plan to promote the survey effectively. These campaigns will be targeted, depending on the areas that are affected. Additionally we will experiment with periodic sweepstakes among the participants. This will all be run on a purely not for profit basis.

This multi-disciplinary project provides an interesting approach for dealing with some of the challenges of COVID-19 in LMIC. Critical comparative evaluation of key findings with similar studies will provide further support and justification of the work and hopefully enable long-term impact. 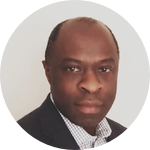 Kehinde Ross
Reader in Molecular and Cellular Biology
Liverpool John Moores University
The project team propose an innovative, yet simple, approach to assessing what is clearly a complex and evolving situation. I applaud the focus on low to middle income countries, as ultimately, we are all in this together. As a healthcare professional directly involved in the COVID-19 response, I wholeheartedly endorse the efforts of the Coronasurveys team in striving to increase our collective knowledge of this devastating disease on an international scale. 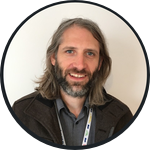 David Farrer
Senior Biomedical Scientist
NHS Orkney
This is an important project as it can provide a precise appraisal of the pandemic extent with minimal infrastructure, effort, and expense. In addition, the tools and procedures developed for this project can be used with minimal change to solve many other data collection problems. The project therefore deserves strong support. 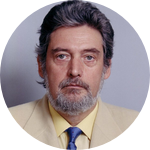 Angel Alvarez Rodriguez
(retired) Assoc. Professor
Technical University of Madrid
This project is essential for accurately predicting where new outbreaks of COVID-19 will happen and where medical supplies are most needed. These predictions can save lives. It is an effective way to estimate cases and hospitalizations in underserved communities. This team has a proven track record of high quality publications that validate their methodology. This proposal has my full support and endorsement. 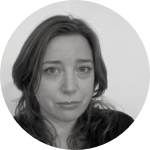 Christin Glorioso, MD PhD
Epidemiologist, Founder
MIT, Academics for the Future of Science, the PathCheck Foundation
I am pleased to support this very timely, high-impact project. It is led by an accomplished international team with deep expertise. It will be particularly useful for estimating Covid-19 case counts accurately in places with low resources or infrastructure for widespread testing. 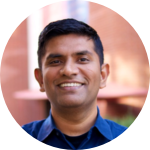 The goal of the project is to create tools that LMIC authorities can use to fight the pandemic. The first of these tools involves the deployment of surveys and the use of the NSUM to reliably compute estimates of the evolution of the pandemic. (In order to get enough participation, at leat 10 responses per day, the survey will be promoted via paig campaigns in social networks.) Then, this data will be combined with other available data to forecast and make recommendations.

Production and publication of project report 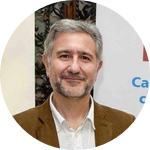 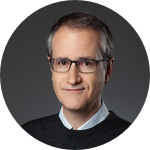 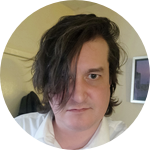 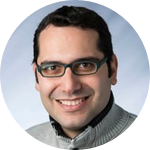 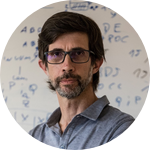 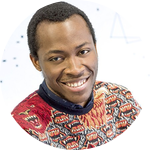 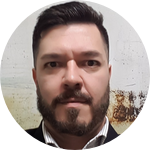 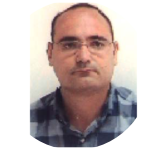 IT Administrators and web designers:

Professor Antonio Fernández Anta is the project head of Coronasurveys, and is currently Research Professor at IMDEA Networks. Previously he was a on the Faculty of the Universidad Rey Juan Carlos (URJC), and the Universidad Politécnica de Madrid (UPM), where he received a research performance award. He was a postdoc at MIT (1995-1997), and spent sabbatical years at Bell Labs and MIT Media Lab. He has been awarded the Premio Nacional de Informática "Aritmel" in 2019 and is Mercator Fellow of the SFB MAKI in Germany since 2018. He received his M.Sc. and Ph.D. from the University of Louisiana. He is a Senior Member of ACM and IEEE.

Professor Antonio Ortega received his undergraduate and doctoral degrees from the Universidad Politecnica de Madrid, Madrid, Spain and Columbia University, New York, NY, respectively. In 1994 he joined the Electrical Engineering department at the University of Southern California (USC), where he is currently a Professor and has served as Associate Chair. He is a Fellow of the IEEE and EURASIP, and a member of ACM and APSIPA. He is the Editor-in-Chief of the IEEE Transactions of Signal and Information Processing over Networks and recently served as a member of the Board of Governors of the IEEE Signal Processing Society. He has received several paper awards, including the 2016 Signal Processing Magazine award. His recent research work is focusing on graph signal processing, machine learning, multimedia compression and wireless sensor networks. Over 40 PhD students have completed their PhD thesis under his supervision and his work has led to over 400 publications in international conferences and journals, as well as several patents.

Dr. J Roberts has a PhD in moelcular medicine from the univeristy of liverpool, UK, and specialised in epigentics in affective disorders, specialising in the serotonin tranporter gene. Jay changed to working in web development about 10 years ago full time. Jay has managed the branding, website design and build, survey designs and advertisments for the project. He is currently working freelance as a web developer.

Nicolas Nicolaou, Ph.D. is a co-founder and a senior scientist and algorithms engineer at Algolysis Ltd. He has obtained a Ph.D. in 2011 and an M.S. in 2006 from the Department of Computer Science and Engineering at the University of Connecticut, and B.Sc. in Computer Science from the University of Cyprus in 2003. His research interests lie in the areas of distributed systems, design and analysis of fault-tolerant distributed algorithms, distributed ledgers (blockchains), security for embedded devices and critical infrastructures, and sensor networks. He held various academic positions as a visiting faculty until 2014, as an IEF Marie Curie Fellow at IMDEA Networks Institute (2014-2016), a short-term scholar at MIT (2017), and a PostDoc Researcher at the KIOS Research Center of Excellence (2017-2019) before departing for an industrial position in 2019. During COVID-19, Algolysis’ team is assisting on the technical aspects of the Coronasurveys project including data processing, data visualisation, and system administration. This project has proven a very useful tool to properly map the magnitude of the pandemic around the developed countries. Together we hope to expand the impact of the project in local communities as well as in developing countries. Looking forward to take that ride! Thank you!

Carlos Baquero is an Associate Professor in the Informatics Department, Universidade do Minho, and an Area Manager at the High Assurance Software Laboratory (HASLab) within INESC TEC. His research interests are in data management, causality tracking and distributed data aggregation. During the COVID-19 pandemic, he teamed with other researchers in network theory, complex systems and statistics to study new approaches to data aggregation and estimation in order to track the pandemic evolution.

Ednaldo José Ferreira, Ph.D degree in Computer Science and Computational Mathematics at the Institute of Mathematics and Computer Science of the University of São Paulo. Data Science researcher at Embrapa Instrumentation (Brazil – SP), working with research, development and innovation in areas/subareas of Statistics, Artificial Intelligence, Machine Learning and Data Science/Mining focused on agriculture and its food production challenges. The main research themes are related to ensemble modeling, feature selection, optimization, information fusion and computer vision, especially applied to precision agriculture, plant phenotyping, remote sensing and coffee quality. During COVID-19, he teamed with other researchers aiming to apply the data science framework to extract information and insights from surveys for tracking the pandemic evolution as well as spreading the word in Brazil.

Ernesto Jiménez is graduated in Computer Science from the Universidad Politécnica de Madrid, Spain, and received the Ph.D. degree in Computer Science from the University Rey Juan Carlos, Spain. His research interests include Computer Networks and Parallel and Distributed Processing. He is currently Associate Professor at the Universidad Politécnica de Madrid. He has participated in or directed 40+ research projects (11 European, 5 American, 20 National, and 6 Regional). He has done research stays at top universities: Media Lab-MIT, USA; Beijing Institute of Technology-BIT, China; IRISA/INRIA, France; Georgia Tech, USA. Ernesto Jiménez has been awarded PROMETEO grants from Ecuador Government (4 years) to improve the R&D in the Ecuadorian Universities and enhance Spanish and Ecuadorian relations between Universities.

We have launched and maintain a website at https://coronasurveys.org, as well as associated social media pages and profiles. In order to generate meaningful data, we require funding to expand and promote these web hubs.