In response to the climate crisis and fears of food insecurity, regenerative kelp farming is emerging as a popular new method of carbon fixing and sustainable food production. Kelp is versatile, its practical applications ranging from hair products, to pharmaceuticals, to plant protein substitutes. The process of growing kelp is labor-intensive, and smaller farms often lack funding for workers, so I developed a mechanism to improve yield while reducing human labor.

One of the major issues looming over the next century is the depletion of viable top-soil for farming. The United Nations' Food and Agricultural Organization estimated the world only has about 60 years worth of top soil left, with 70% already lost to unsustainable farming practice. Alternative methods of farming will be needed to feed the world. Additionally, kelp farming is a 6 billion dollar industry and the fastest growing aquaculture sector. The industry is expanding quickly, with organizations such as Greenwave committing to the creation of 10,000 kelp farms this decade, states like Alaska removing hurdles to get permits, and the global market for plant-based protein market growing rapidly, In this growth there is opportunity for innovating substantial supportive technologies.

The impact of expansive kelp farming is a healthier community, economy, ocean, and world. One study from 2016 estimated that wild seaweed sequesters approximately 640 million Mt of carbon dioxide a year, with 90% in deep-sea floor long-term storage, indicating kelp farmer as a method of lowering global carbon dioxide levels. Seaweed farming is referred to as 'regenerative' because it provides a habitat for a variety of marine life and requires almost none of the toxic inputs that traditional farming requires (pesticides, chemical fertilizers, etc.) This regenerative potential extends to the economy too; seaweed farms can be a stable source of jobs in coastal communities, providing work alternatives to exploitive fisheries.

I received $400 from my school and set out to develop a prototype for an automated twine-wrapper to address inconsistency and labor-intensity. After building a functional prototype at 25% scale, testing indicated a potential 45% increase in yield with a 60% decrease in labor. The goal of this project is to scale up my prototype for in-field testing. I will transport the full-sized prototype to an Alaskan kelp farm where we will use it on grow-ropes and then measure yield differences between control ropes. Success will be measured by the weight of kelp produced, the time it takes to wrap a grow rope, and observational data about the efficiency and effectiveness of the prototype.

A small portion of the budget will be spent building a to-scale laser cut wooden prototype, in order to ensure that all of my measurements are accurate before I place material orders. I will be spending the bulk of my funding on constructing the first complete prototype out of steel, and then transporting that prototype to a small company in Craig, Alaska for in-field testing.

Bess is passionate about kelp and has been thinking about removing barriers to its growth at scale. This is one great way to do that -- for regenerative ocean farming that can have a huge impact on the health of the oceans and the health of people. Kelp is a vastly underutilized resource, and I hope this technology opens up more opportunities to make it mainstream! 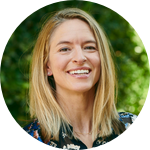 Rachel Kropa
Managing Director, Nonprofit + Science
FootPrint Coalition
Increasing the effectiveness of kelp farmers is a no-brainer. These types of efficiency improvements add up quickly. I'm excited to support Bess and the project. I hope you will be, too. 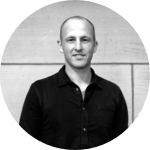 The timeline of this project is created to ensure that the machine is built by seeding season. By the end of December, I hope to scale and alter the original designs so I can order the right materials in the beginning of 2023. By May 2023, I with finish a rough scaled prototype, then will construct a final prototype. I have to be finished with this by September so I can ship the final mechanism out to Alaska for in-field testing during growing season.

Finish line for this section of the product - consider next steps, begin working towards more wide-scale application 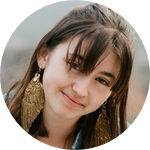 My name is Bess Frierson. I am a freshman at the University of California Santa Cruz where I am majoring in Agroecology and Marine Biology. I am also a UC Honors Scholar. My passion for food security began in high school after recovering from a severe eating disorder with the help of my parents and a medical team. Ever since, I have been dedicated to learning about food justice, biodiversity, and farm legislation so I can work to create a more sustainable, inclusive food system.

Since then I have worked with community farms, school gardens, the UCSC Arboretum California Native Plants Program, the Footprint Coalition, and Seagrove Kelp co.

My passion for kelp farming specifically began a year ago, after visiting and working on a small kelp farming operation in Craig, Alaska. I fell in love with the process of regenerative ocean farming and dedicated my senior year of high school to developing supportive technology in the field.

This project is a continuation of that research, using my original design to build a full-scale prototype that aidesbenefits kelp farmers in the twine-wrapping process.

As part of my senior project, I interned with and interviewed multiple kelp farmers along the coast of Alaska. They said long labor hours spent wrapping inoculated twine around grow-ropes provided the greatest challenge for their small farms, and 40% of yield could be lost to bad wrapping.

I conducted preliminary research into effective twine patterns, discovering the double helix to be 50% more effective than a standard twine pattern. This informed my development of the double-helix twine wrapper prototype.

This project is a continuation of that research, using my original design to build a full-scale prototype that benefits kelp farmers in the twine-wrapping process.