There has been much debate outside Indigenous communities about conflicts between Indigenous and non-Indigenous conceptions of intangible property. The majority of the work has focused on rapidly developing domains such as software , design , and domains such as publishing and music. Some work has looked at concepts of knowledge ownership in non-Western contexts, such as attitudes about ownership of farming innovations among African farmers , concepts of knowledge ownership in historical and contemporary China, and ceremonial songs used in shamanic practices among Amazonian communities. Such research has informed debates about how IP law should be constructed, but there been little research comparing intuitions about ethics related to IP.

The significance of this project aims to reveal the complex ways in which Achuar attitudes about themes related to IP are not reflected by current IP law as it stands. In preliminary research I have found that differences exist between Achuar and the U.S. with respect to what kinds of knowledge can or can’t be owned. This pushes against ideologies of entrepreneurship and capitalism that suggest that virtually anything can be “owned” by individuals or corporations. This is an important series of findings because it provides examples of non-Western frameworks. This is a direct answer to the fact that discussions of ownership and property in the West are largely discussed within legal frameworks

This project will employ a transdisciplinary approach to examine views about ownership of cultural knowledge in Indigenous Achuar communities in Ecuador, and compare these views with data collected using overlapping methods in the United States. Within this context, my research questions are: What types of intangible Achuar cultural knowledge can be understood as property? Who can own such forms of knowledge under what conditions can it be possessed, and how must it be transmitted and controlled? Additionally, I will examine the ethical issues surrounding attitudes towards ownership of cultural property.

The above budget items will help to conduct the field research needed to begin to address the questions being explored. The above includes the cost for a round-trip flight from LAX to Quito, Quito to Puyo, and Puyo to Santiak. The cost also includes the monthly expenses for housing and food in Puyo and Santiak which have been calculated using both U.S. state department per-diem rates and knowledge from preliminary research trips.

The views of Indigenous communities regarding the ownership and circulation of knowledge are particularly important right now in the global sphere, because of how much Indigenous knowledge, culture, and property is being appropriated for the benefit of those outside of these communities. This research project, in collaboration with Achuar community members, will provide crucial insights into the values and attitudes these communities have with respect to knowledge and how it should be stewarded, maintained, and circulated. 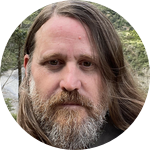 August 2022 will be the start of the research project. The funding requested will help cover the first three months of what will eventually be 12 months of fieldwork in Ecuador, with the rest being covered by other grants. In August I will fly to Quito, Ecuador and make my way down to Santiak. In Santiak I will conduct interviews for the majority of August. In September/October I will make go to Puyo and conduct interviews there for the remainder of the month. 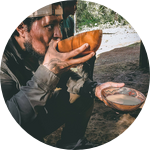 Ulises Espinoza is first generation Latinx and Black Doctoral Candidate in the Anthropology Department at UCLA. Ulises has carried out field work in Ecuador among Achuar and Shuar communities in Southeastern Ecuador since 2017 where the he has conducted and deployed a mix of experimental philosophy and ethnography methodologies that can be seen in his M.A. thesis about attitudes towards ownership of land and other tangible goods in the Achuar community. While doing fieldwork in Ecuador, Ulises has developed an anthropological expertise and language competency that has informed this study at the design phase.

You can help a unique discovery by joining 4 other backers.
Fund This Project