The Dickensian character “Scrooge” was famously both tight-fisted and hard-hearted. But is the implied stereotype correct? Are savers meaner and nastier than spenders? To the contrary, we hypothesize that savers might be, overall, at least as kind and nice as spenders; and more particularly, that the kindness and niceness of savers might be most apparent in decisions oriented towards the future.

In his novel "A Christmas Carol", Charles Dickens introduced the now infamous character of Scrooge. He was a grumpy miser who, even at Christmas, preferred to count his gold coins than give his hungry employees a bonus; until, that is, a succession of ghosts scared him into mending his ways.

But the celebrated character arguably implies a pejorative stereotype: that savers are nasty and mean, unlike spenders, who are nice and kind. Could this be correct? Social psychologists have historically decried stereotypes as a basis for prejudice, but recent research suggests some may have a kernel of truth. However, if spenders are sometimes impulsive, and impulsive people are sometimes antisocial, might savers be the nicer or kinder ones? Either way, we propose to test the stereotype thoroughly.

People's understanding of human nature is shaped by many sources. Some of these are fictional--such as famous characters in novels. Others are factual, such as scientific studies of human personality or character strengths. Ultimately, however, understandings gained from fiction must be answerable to understandings gained from science. Our research is in this spirit: the character of Scrooge arguably implies a general stereotype, which the cultural popularity of the character would tend to perpetuate. But if science signals that this stereotype is mistaken, then the stereotype should be challenged, lest people with a disposition to save be unfairly tarnished with an unnecessary stigma.

Our research has three stages, each with a clear-cut goal.

At Stage 1, we begin by validating a questionnaire expressly designed to quantify dispositions to save and spend. We ensure it is psychometrically sound, and prove it has predictive validity. Thus, we properly identify savers and spenders.

At Stage 2, we correlate scores on the questionnaire with scores on well-validated measures of prosocial traits, such as agreeableness and benevolence, as well as "darker" traits, such as psychopathy and impulsivity. Thus, we test the Scrooge stereotype in general.

At Stage 3, participants play an economic game where they allocate funds to either themselves or others, modified to reflect present or future giving. Thus, we test whether savers are relatively kinder in future.

We will allocate 1/3 of the funds to each of the 3 stages of our research. Stage 1 will help to validate our key questionnaire, measuring dispositions to save or spend. Stage 2 will correlate these dispositions with well-established measures of prosocial and antisocial traits. Stage 3 will examine how savers and spenders differentially allocate resources to themselves and others in the present and in the future.

Most participants will be crowdsourced online, but some will be recruited locally. Our dedicated research analyst will work one eight-hour day per week for three months ($15.63 per hour) to complete all three stages of the research. Activities will include research design, materials preparation, data analysis, paper write-up, and results dissemination. When each stage is complete, full lab notes will be provided via our Experiment page.

This project rigorously defines and assesses a personality trait that is psychologically fundamental and practically relevant: people’s tendency to save or spend. It then tests systematically whether a hypothesis involving a well-known stereotype (that savers are less prosocial) is true or false. It does so using well-validated questionnaires measures, and a novel variant of distribution task. The research intriguingly bridges literature, psychology, and economics. The results will be of interest to both academics and non-academics alike! 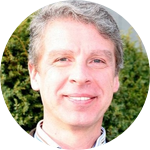 Our timeline maps simply and chronologically on to the three stages of our research. We estimate each stage will take approximately 1 month, reflecting time to design and implement the studies (1 week), collect the data online (1 week), process and analyze the data (1 week), and write up the results in various formats (1 week). In each week, our dedicated data analyst will devote 8 hours to each task. The results of each stage will be communicated as the next stage commences.

Complete psychometric validation of the "Save Or Spend" (SOS)  questionnaire.

Complete analysis of how savers and spenders complete a novel economic game, where they allocate resources to themselves or others in the present or in the future.

Full report to donors of the totality of our findings together with a discussion of their significance. 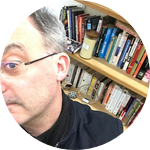 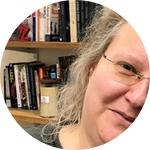 Hello! We are Aiden (originally from Ireland) and Bettina (originally from Germany). We both got our PhD's in the USA, and have been colleagues at the University of Southampton, UK. One of us (Aiden) specializes in big-picture theorizing; the other of us (Bettina) specializes down-to-earth testing. Our project here overlaps a little with our prior research into the impact of self-related motivations, but also represents a new departure into economically relevant personal dispositions.

Dr Aiden P Gregg is an Associate Professor of Psychology at the University of Southampton, and a member of the Centre for Research on Self and Identity there. He got his PhD from Yale University.

In addition to the research he hopes to pursue with the kind assistance of Experiment, he is interested in such topics as the evolutionary basis of self-regard and the technology of lie detection.