Microplastic analysis is a very time-consuming procedure while smaller-sized plastics (<300 microns) can mostly not be detected with the methodology applied such as FTIR. To speed up the data analysis and detect microplastics down to a size of 20 microns we aim with this project to provide an open-science laboratory protocol suited for high throughput microplastic analysis with a Laser Directed Infrared Imaging system (LDIR).

Today, we have very little knowledge about smaller-sized microplastics (<300 microns) and their impact on the environment. Current data analysis for small microplastics is very time-consuming, sometimes taking months to observe using (FTIR). With high throughput LDIR analysis, which will observe particles down to 20 microns, it will be possible to collect data on microplastics in a matter of hours. In addition, it will also allow us to perform a complete analysis of the collected samples and not only a partial analysis which has been the standard used by most researchers due to time constraints.

The analysis of smaller-sized plastics is very time-consuming and can mostly not be detected with the methodology applied such as FTIR. With the LDIR system, we will be able to analyze microplastics with sizes down to 20 microns, in a high-throughput fashion (up to about 750 particles can be measured within hours instead of weeks!). With this approach, we avoid the problem that data is always published much too late (years later!) and we are lagging behind with numbers that are being needed now! To do so, an open-source laboratory protocol will be developed to provide the scientific community with new methods to work with the LDIR system for smaller-sized microplastics.

The goal of the project is to elaborate a new open-source high-throughput laboratory protocol for the LDIR system, based on existing LDIR protocols for plastic analysis by testing different parameters for the organic material digestion (e.g. peroxide, base/acid, or enzymes) and different LDIR settings to analyze particles from 5mm-20 microns at once. This will speed up the study and will allow complete analysis of the collected samples. as opposed to normal analysis using FTIR, which takes up to months, with only about 10-20% of the collected samples being analyzed. The protocol will be published in a scientific journal and on our website to make it available to everyone.

The crowdsourced budget has been arranged to cover the costs of the different laboratory expenses (650 USD, including glass slides, jars, solutions, etc.)as well as the price of the usage of the LDIR (2500 USD, 20 USD/hour). This budget also aims to provide financial support for a Master’s student intern working on this project. We have all the necessary people and infrastructure at EPFL to ensure the coordination of the research as well as the appropriate usage of the different products and machines.

Despite the research conducted over the past decades, we still have little information about the extent of the plastic pollution and how microplastics are distributed in the environment. This is crucial if we want to preserve our environment. This project aims to develop a high-throughput protocol to quantify and characterize microplastics. This project constitutes an important step to identify regions where protective measures must be put in place to preserve them from this pollution. Therefore this project deserves to be supported 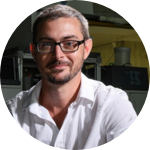 Dr. Florian Breider
Head of Unit
EPFL - Swiss Federal Institute of Technology Lausanne
The extent of micro- and nanoplastic pollution in the oceans is unknown, and certainly increasing. Without a significant effort to understand the scope of the problem, and the subsequent effects on animal and human life, we will remain ignorant and unprepared. This project aims to accelerate sample data analysis, share the data in an open fashion, and use a novel technology to characterize the samples (including smaller particles) -- these are the requisite first steps to address the problem, and I therefore fully support the experiments. 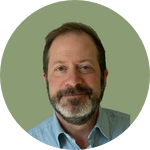 - December 2022: Establishment of a high-throughput sample analysis protocol using the LDIR system and measurement of all samples

Sample collection in the Mediterranean Se 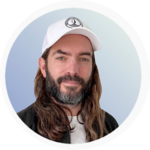 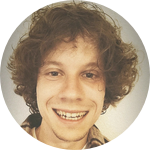 Roman is the co-founder and scientific project leader of the sail & explore association. He did research on the topic of micro- and nanoplastics and their possible impacts on human health at the Adolphe Merkle Institute in Fribourg, Switzerland. He designed a worldwide first human 3D in vitro intestinal model to assess the possible adverse effects of ingested microplastics such as inflammatory responses. Furthermore, he is performing the world’s first study on the effects on human immune cells when exposed to environmentally relevant microplastics. In addition, he is researching on the production of nanoplastic particles that can be used as first marker particles allowing the investigation of possible adverse effects and cellular interactions. In addition, he is leading scientific sailing expeditions on the topic of microplastics for sail & explore.

Since early childhood, I have been fascinated by nature and humbled by the complexity of life on earth. During my studies, I have developed great interest for actual technologies (such as transcriptomics & eDNA) with their ability to display information about species community structure and health. During my Master's Internship at Sail&Explore, I have developed the seem feeling of excitement towards the LDIR system and its great precision reading glass plates with microplastics sizes down to 20 microns.