Sea turtle egg fusariosis is caused by two fungal pathogens, Fusarium keratoplasticum and Fusarium falciforme. These fungi are associated with high egg mortality in sea turtle nests worldwide. Sampling from sea turtle nests, I aim to unravel the ecology and epidemiology of these fusaria. This research will inform on the threat these fungi pose to sea turtle populations, and best management practices to prevent and/or control future outbreaks.

Fusarium is a phylogenetically and ecologically diverse genus of filamentous fungi, containing ~300 species that encompass a variety of roles, such as decomposers, mycotoxin producers, as well as plant and animal pathogens (1,2). Fusarium keratoplasticum (Fk) and Fusarium falciforme (Ff) are widely distributed species that can cause serious infections in both immunocompromised and otherwise healthy humans and animals. Ff is found around the world as a soil-associated species, but until recently Fk was known only from anthropogenic environments, including sink drains and shower heads (2,3). Both species have now been implicated in high mortality of eggs in the nests of endangered sea turtles worldwide (4,5), a disease hereafter referred to as sea turtle egg fusariosis.

Fungi pose an increasing threat to biodiversity. With changing environmental conditions and increasing human impact, we have seen the widespread emergence of ecologically devastating fungal diseases of wildlife, such as white nose syndrome in bats and chytridiomycosis in amphibians (6). Despite being classified as emerging infectious fungi of sea turtle eggs, there are still many questions surrounding the genetic diversity, survival and spread of Fk and Ff in coastal ecosystems (6). In order to better understand, manage and prevent sea turtle egg fusariosis, it is imperative we perform the basic research necessary to unravel the ecology and epidemiology of Fk and Ff in sea turtle nests and corresponding coastal environments.

I aim to assess the diversity, frequency, abundance and population structure of Fusarium species associated with sand, ocean and sea turtle nests within the 3 NOAA National Estuarine Research Reserve System sites in Florida. Data will also be collected to evaluate the impact of environmental factors on disease development. While analyses of hatchling success in Florida nests from 2002-2012 did not implicate disease as a major mortality factor (7), we know Fk is prevalent in plumbing drains and human infections in Florida (2). We also know that the fungi implicated in sea turtle egg fusariosis have been isolated from symptomless eggs in nests with high hatching success (5), suggesting Fk and Ff could be present in Florida nests with little to no impact on egg mortality.

The funds requested through this budget will be used for travel, housing, sampling and data collection from sea turtle nests at 3 NOAA National Estuarine Research Reserve System (NERRS) sites from September 3, 2016 to September 26, 2016. I am working with researchers at Apalachicola, Rookery Bay and Guana Tolomato Matanzas NERRS sites to gain access to sea turtle nests for sampling while they are being excavated for hatchling success assessment.

Funding for DNA extractions and PCR will allow for molecular identification of Fusarium species isolated from these sites.

Chris Smyth is a super dynamic graduate student, and I’m a member of his Ph.D. advisory committee. Chris ‘s research is important because it helps us understand microbial links between environmental degradation and threats to wildlife and human health. Interestingly but uncomfortably, the very few fusaria strains that cause human infections are closely related to strains Chris has detected in nests of endangered sea turtles. This project will generate crucial data on the incidence of pathogenic fusaria in and around nest locations. 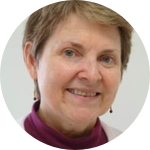 Mary Ann Bruns
Associate Professor, Soil Microbiology
Penn State University Dept of Ecosystem Science and Management Intercollege Graduate Degree Program in Ecology
Creative students are driven toward their scholarship. Chris Smyth is using this unique approach to conduct experiments outside of his proposed thesis work because he is determined to find out what is going on in this system. He didn’t come to PSU to study turtle fungi, but that is where the science is taking him. The reason he has my endorsement and cold hard cash is because I know he will soon be sharing what he learns with students aged 9 to 99. Chris is an avid educator and spends his free time sharing his passion for fungi with 4-H student 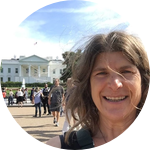 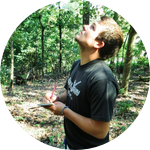 I am a mycologist and microbial ecologist working on my Ph.D. in Plant Pathology and Biogeochemistry in the Fusarium Research Center at Penn State University. I received my B.S. in Biology with a marine biology concentration from Lock Haven University of Pennsylvania in 2013. I am broadly interested in fungal taxonomy, ecology and evolution, especially as applied to emerging fungal wildlife diseases. Specifically, I focus on human and animal infectious Fusarium species. I am also very interested in science communication, outreach & education. I work hard to incorporate these interests into my research activities. While this project is important for the completion of my dissertation, I am running this campaign independently of Penn State University. Check out my website here, and follow me on twitter: @marinemycoholic.

This research is the first step towards the development of better management practices aimed at control this disease and aiding sea turtle conservation efforts worldwide. I am dedicated to enhancing science education through public outreach. In addition to being presented at scientific conferences and published in peer-reviewed journals, all information gathered through this project will actively be disseminated to professionals and volunteers invested in sea turtle conservation. I also plan to communicate my research through the development of outreach activities and presentations geared towards K-12, college students and my local community. You can learn more about some of the outreach I am actively involved in here.