Hemorrhage is the leading cause of preventable death in combat trauma and the secondary cause of death in civilian trauma. A significant number of deaths due to hemorrhage occur before and in the first hour after hospital arrival [1].Hemorrhage, in particular noncompressible hemorrhage from the splanchnic (internal organs) and junctional regions , remains the leading cause of preventable death on the battlefield[2,3].

Therefore, hemostatic agents for prehospital and early in-hospital administration are particularly important [4,5].No current hemostatic agents meet all the requirements.Given the safety concerns with some currently used hemostatic materials,more efficient and safer hemostatic agents are still needed[6,7,8].Finally, nanotechnology has been applied for hemostasis[9,10,11].

The worldwide impact of bleeding from traumatic injuries on human health cannot be ignored. 12 percent of the global burden of disease is due to violence or accidental injuries. Hemorrhage is responsible for 30-40% of trauma deaths, and 33-56% of these deaths occur in the prehospital period [1]. Early intervention is important in traumatic bleeding. Efforts are underway to develop new hemostatic agents with a variety of delivery mechanisms to treat severe bleeding in a military and civilian setting. Hemostatic agents are needed to provide hemostasis effectively and safely in emergency scenarios in both civil and military traumatic environments. Target-based hemostatic nanocomposite, which will be created by utilizing the possibilities of nanotechnology, is capable of meeting current needs.

Our first goal in this project is to obtain nanomaterials to be used in the production of hemostatic nanocomposites by green synthesis method. The biocompatibility and toxicity of the obtained nanomaterials will be evaluated under different conditions. As a result of examination and evaluation, nanocomposites will be formed by combining nanomaterials. Whether the obtained nanocomposites provide hemostasis safely and effectively will be tested in blood pools in experimental containers. This testing phase will be carried out taking into account different factors. Because it is aimed that the nanocomposite to be used as a hemostatic agent can meet the current needs.

This project is a project that focuses on reducing the mortality rate in the community in fatal heavy and severe hemorrhages and deals with current approaches. Making hemostatic nanocomposites using the possibilities of nanotechnology can fill the gap in the need for hemostatic agents that will meet all requirements. The effective and correct conclusion of the project can improve the quality of life of humanity. 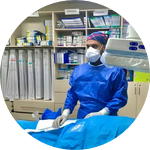 I started my hemostatic nanocomposite project. I plan to complete the project on time by following the timeline. After I finish my project, I will share the data of my results in an article.

Publication of results in the article 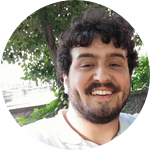