Don't forget the little guys! The Millicoma dace is a tiny forage fish that is only found in the Coos River system in Southwest Oregon. This fish is a part of the ecosystem that supports salmon and steelhead. But, it's been almost 20 years since anyone has checked in on this Oregon native, and there are some concerns about it's well-being. Our goal is to confirm that Millicoma dace populations are still present in the Coos.

Oregon has 70+ native fish species, including some that are found nowhere else in the world. The Millicoma dace is one of these fish that is unique to Oregon. This (sub)species has only been documented at 15 sites in the Coo's basin, with no records since 1997. We don't fully understand how all the parts of the system work, but we do know that forage fish such as the Millicoma dace are critical to the larger species we love (e.g., salmon/steelhead). By keeping track of the little guys we hope to avoid problems down the line. We might not be saving Nemo, but this is an important point in conserving Oregon's natural legacy.

Oregon has 70+ native fish species, including some that are found nowhere else in the world. With limited resources, the state fish managers, Oregon Department of Fish and Wildlife (ODFW), have prioritized monitoring to game fish, such as salmon/steelhead, and to threatened/endangered non-game species.

Unfortunately, this can mean less attention is paid to our other native species that form a vital part of the food chain- and in many cases sustain the salmon and steelhead. The non-game section of ODFW's Native Fish Investigations Program is currently 100% grant funded and has tended to work on threatened or endangered species. We would like to try a different approach to keeping Oregon's native fish in a healthy state. To do this, we are looking for community support in keeping track of some of Oregon's non-game fish, starting with the Millicoma dace. The funding will be used to provide salary support for the non-game staff. 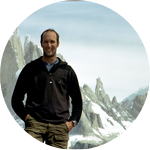 Shaun-Fish and fishing have been a lifelong passion. My early years were spent with a bucket and net collecting the inhabitants of nearby streams. This project is special because so little attention is paid to the smaller inhabitants of our streams-even though they are vital to the larger fish that we all associate with Oregon (e.g., salmon/steelhead). I feel it is important to pay attention to what's happening in our rivers so that future generations can fill their bucket. more

Paul- I have devoted my recent career to the lesser known fish in Oregon's waters, including Oregon chub, Warner sucker, Borax chub, and Foskett speckled dace. In Oregon, we have been remarkably successful at recovering several of these species and even taking them off the ESA list. This kind of success is only possible because of public/private partnerships. This project is special to me because it will demonstrate that local communities are committed to the native fish that swim in their nearby waters. more