The election of President Mauricio Macri and the conservative Cambiemos coalition marks a crossroads for Argentina. His combination of elements of 'shock therapy' as well as gradualism suggest neither a clean break with the past, nor a continuation of it. This research will seek to understand the elements of continuity and change associated with the new President, and the implications for Argentina's development through a series of semi-structured elite interviews in Buenos Aires.

Macri’s government stands accused of both seeking to revive the 1990s neoliberal agenda whilst also reversing the social progress achieved by the governments of Nestor Kirchner and Cristina Fernandez (2003-2015). Over a year into his term, distinct changes but also certain continuities can be observed between Macri and his predecessors. Rapprochement with the US through a personal relationship with Donald Trump and a desire to attract Foreign Direct Investment (FDI), a large devaluation, and large cuts to public utility subsidies have been matched with more gradual policies such as the maintenance of socially progressive policies and the prioritisation of economic growth over inflation targeting.

Argentina is a development enigma. It is one of the only examples of a country that achieved developed status, and then "lost" it. Maintaining and refreshing our understanding of Argentine development and associated state-market and state-society relationships is key to understanding not only Argentina, but also developing key lessons regarding the current dynamics of development politics globally. In the context of spluttering emerging markets worldwide, Brexit, the election of Donald Trump and the apparent return to (neo)mercantilist policies in the USA, and an ever-present threat of a Chinese economic crisis understanding the form and function of a key emerging market with a chequered history of development is key.

I will be conducting necessary preparation activities in the first half of 2017. This will include exploring some preliminary findings with other relevant experts at a local (UK) conference in April 2017. The vast majority of the funds are for fieldwork expenses, which will be conducted in August 2017 in the city of Buenos Aires. Using a pre-established network as a result of many years living, working, and studying in Argentina I will be conducting semi-structured elite interviews with a number of key stakeholders (ranging from bankers, domestic corporations, Trade Unionists, government officials, and TNCs) in order to develop a rich empirical (qualitative) data set that can be complemented with more quantitative analysis that can be conducted within my institution.

This budget is intended to cover the costs associated with preparation for and conduct of fieldwork in Buenos Aires. The SLAS Annual Conference in April 2017 will be a great opportunity to present initial literature review findings to an expert audience, and offer invaluable preparation for the fieldwork. The fieldwork will be conducted in Buenos Aires during the month of August 2017. The timing is so that no additional funds are necessary to cover any of my teaching or administrative duties during semester time. The accommodation costs are relatively low as I intend to use informal personal networks where possible.

As Dean of Richmond University's School of Communications, Arts and Social Sciences and Dr. Chris Wylde's 'line manager' I have been impressed by the quality Chris' research into contemporary Argentinian politics. His proposed research project on the implications for Argentina's development of the new Presidency of Mauricio Macri is timely and indeed vitally important at this transition point in the history of globalization. 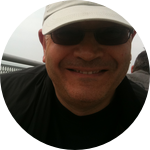 Alex Seago
Chair, School of Communication, Arts and Social Sciences
Richmond, The American International University in London
Dr. Chris Wylde is my colleague at Richmond, the American International University of London. He is proposing critical and timely research into Argentine development and its associated contemporary historical forces; necessary to maintain and refresh our understandings of twenty-first century global dynamics and the role of emerging markets. 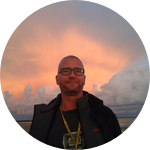 Dr Martin D Brown
Associate Dean for Research
Richmond the American International University in London
This is a timely project that will shed light on current changes in the political economy of Argentina. The country is going through a revision of what has been a decade of governance led by the centre-left in which delivery on social justice and rights did not secure a coherent model of development. Wylde's proposal to investigate implications of the new conservative government for development in Argentina becomes imperative. His research experience and familiarity with the country makes such a project feasible and relevant. 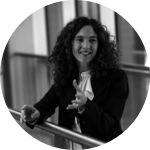 Pia Riggirozzi
Associate Professor
University of Southampton
This is a timely and insightful project. While others rest their gaze on apparent political ruptures and discontinuities, this research will take the long view of ongoing economic development policies which have their routes in previous - and unsuccessful - Argentine policy approaches . There are few scholars who have the detailed knowledge and research expertise as Chris Wylde and the results of this project will offer insights to development models elsewhere in Latin America and beyond. 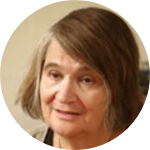 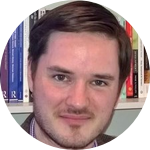 My name is Christopher Wylde and I hold a PhD from the University of Leeds in Argentine post-crisis development. I am an Associate Professor of International Relations at Richmond, the American International University in London. I also hold a Visiting Research Fellowship at the Institute of Latin American Studies (ILAS) at the School of Advanced Study (SAS), University of London. I have published numerous articles and chapters on Argentina and post-neoliberalism, including articles in New Political Economy, the Bulletin of Latin American Research, Iconos: Revista de Ciencias Sociales, and the Journal of International Relations and Development. I have also published two books: Latin America after Neoliberalism (2012) and Argentina since 2001: Reclaiming the Past, Recovering the Future (2014, co-edited with Cara Levey and Daniel Ozarow) (both with Palgrave Macmillan); as well as authoring two forthcoming books: Emerging Markets and the State (Springer) and The International Handbook of South American Governance (Routledge), co-edited with Pia Riggirozzi (Southampton).