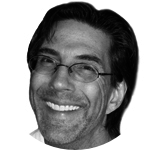 About
My name is Eric Henderson. I am a scientist and inventor with a new technology for detecting things like viruses (like Ebola, for example), DNA, proteins and other "biomarkers" in the first step toward identifying and curing disease. We do this with a nanomachine made out of DNA, seriously. Instead of using the genetic code to create genes and gene products, we use the genetic code as an “engineering code” to create little devices that are autonomous and self-assemble just by mixing the right pieces together. This process is supering cheap, about eight cents per 20 billion machines, and as simple as “just add salt water and heat then cool” and voila – billions of little automatons ready to do your bidding! This is perfect for all kinds of situations including third world countries, impoverished or resource poor environments and point of care emergency medical service.

I've started a few companies and have learned the invaluable skill of treading in the often immiscible lands of academia and industry. My current startup is called Creodyne, llc and I plan on using that vehicle for this project because experience has taught me that moving technology from academia into the real world can be accomplished MUCH more efficiently when one "does it him/her self". The intellectual property (IP) associated with this project is owned by me (and, therefore, Creodyne) and I established that arrangement overtly to avoid entanglements with my beloved employer, Iowa State University. All of this is 100% transparent and reviewed annually by ISU. No worries : )

Lastly, in my spare time ( ha ha ha ha) I write novels and music, and enjoy as much as humanly possible being a father to my amazing children! I believe strongly in the "pay it forward" karmic view of life and I am always happy to discuss with anyone ideas about making the world a better place.
Joined

A big THANK YOU to those of you who were willing to contribute to our project - even though we are not anywhere near our goal (and you get to keep your money : ) we learned a lot about crowd fundin...

To an inventor it is obvious from the get go that the glimmer in their mind’s eye is invaluable to the rest ofthe world. Unfortunately, that insight is generally not shared by fundinginstitutions, ...

The Flashlight in our Nanobot Biosensor

Our nanorobot has a built in “flashlight” that tells us when it has found a target (like the Ebola genome). This flashlight puts out eithera yellow/orange or red signal using a process called “Fluo...

We have in hand a brand new version of our nanorobot and so far it totally rocks. Below is a pic called a heat map that shows how stable the structure should be (click here for a mini movie). Red i...

27
0
2
Hey Jack Ma - how about chipping in : )
Do Nanorobots Have a Role in Medicine?
View comment