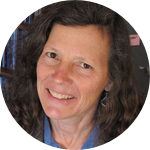 About
Jennifer J. Freyd, PhD, is Professor of Psychology at the University of
Oregon. Freyd directs a laboratory investigating the impact of interpersonal and institutional trauma on mental and physical health, behavior, and society. She has published over 150 articles and she is author of the award-winning Harvard Press book Betrayal Trauma: The Logic of Forgetting Childhood Abuse. Her new co-authored book Blind to Betrayal was published in English by John Wiley & Sons in March 2013. It has been translated into Traditional Chinese and Portuguese. Additional translations of her Blind to Betrayal into Simple Chinese, Russian, and Korean are in process. Freyd has received numerous honors including the Award for Outstanding Contributions to Science in Trauma Psychology from the American Psychological Associations’s Trauma Division. She is a Fellow of the American Psychological Association, the American Psychological Society, and the American Association for the Advancement of Science. She currently serves as the Editor of the Journal of Trauma & Dissociation.
Joined

First, do no harm: Institutional Betrayal in healthcare