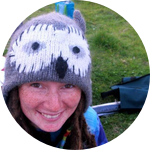 About
I first became interested in birds when I was 8 years old and professed to my mother that I would be an ornithologist one day! I lost sight of this goal, but became interested in birds and conservation as a third year undergraduate in Ecology and Marine biology. I spent 2012 conducting research for my honours thesis, which examines the pollination of Cape Floristic Erica species by Orange-breasted and Southern Double-collared Sunbirds. At the beginning of March 2013, I started my research on Martial Eagles. I will be working closely with Dr Andrew Jenkins, Dr Arjun Amar, and Dr Res Altwegg who are my supervisors at the University of Cape Town.
Joined

Why my budget is inconsistent