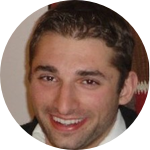 I first learned about honey bees when conducting a summer undergraduate research internship with Dr. Rudolf Jander, a former graduate student of Dr. Karl von Frisch (Nobel Laureate) that focused on understanding the cognition and navigation abilities of foraging bees at the University of Kansas back in 2005. I graduated with honors in biology and a minor in chemistry from State University of New York at Geneseo in 2007 and then earned a Ph.D. under the guidance of Dr. Dhruba Naug in Zoology at Colorado State University in 2012. During my Ph.D. I was a pioneer studying physiological and behavioral effects of the now world-wide distributed honey bee microsporidian gut pathogen that is implicated to play a role in the most recent bee declines, called Nosema ceranae. I have given multiple disease workshops for local beekeepers and was a member of the Northern Colorado Beekeeper’s Association while in graduate school. I was then awarded a two year Alexander von Humboldt Post-Doctoral Fellowship that was conducted in Germany at Martin Luther University Halle-Wittenberg to work with Dr. Robert Paxton to pursue studies related to the evolution of social behavior in bees. Currently, I am now a Visiting Assistant Professor at Swarthmore College where I mentor a number of undergraduate students interested in studying ways to improve honey bee health, the dynamics of collective decision making, and the metabolic factors involved in the evolution of social behavior. I retain an interest in behavior, disease, and physiology and study these areas using the honey bee as a model organism to determine how stressed bee colonies might collapse. I am particularly interested in how societies remain cooperative when under stress, and at what point do individuals go into "survival" mode and break the social contracts of the society that they live in.

Christopher's pledge activity based on country

Projects that Christopher funded that have shared project outcomes