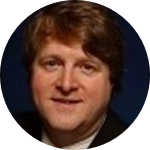 I'm the founder and CEO of Odysseus Technologies, Inc. I earned my BS in Physics from Ohio University and my PhD in Physics (with a concentration in Astrophysics) from the University of New Mexico. I have over 30 years of experience in scientific research and development. My scientific working career began in 1987 at Rockwell International. Most of my career was spent at the Los Alamos National Laboratory (LANL) where I began as a graduate summer student and ended as a project leader. As a project leader at LANL, I specialized in leading small teams of researchers in concept creation, experimental demonstration and rapid prototype development – exactly the strategy of the Odysseus Technologies business plan.

I began with a set of ideas for maximizing tensile strength of existing CNT materials using textile and chemical techniques. I achieved modest strength increases. Charting a new course, I developed a more strategic approach, and after years of further research and experimentation, the novel synthesis technology (called TREKANG) was invented and verified by experiments.

The company's research is closing in on the last two breakthroughs required before transferring the technology to large corporations for commercialization and product development.