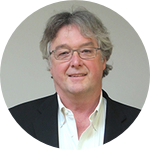 Dr. Gruenert received his Ph.D. in Biophysics from the University of California, Berkeley in 1982. Prior to his present position at UCSF, he was a Professor of Laboratory Medicine and the Co-Director of the Gene Therapy Core Center at UCSF (1992-1999), Professor of Medicine and Director, Division of Human Molecular Genetics at the University of Vermont (2000-2003), and a Senior Scientist and Head of the Stem Cell Research Program at the California Pacific Medical Center (2003-2010). His work focuses on development of adult, embryonic, and induced pluripotent stem cells as well as the development of pharmacological, genetic, and/or regenerative therapies. He has over 150 publications and holds 5 patents. He will be the lead researcher/directly supervising the research on this project.

Dr's pledge activity based on country

Projects that Dr funded that have shared project outcomes