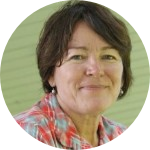 I earned my BA in Biology and Spanish from North Central College, my MS in Ecology from the University of Illinois at Chicago, and my PhD in Medical Entomology from the University of Notre Dame. I spent 3 years as a postdoctoral researcher at the Malaria Branch of the Centers for Disease Control and Prevention, before accepting a tenure track position in the Department of Tropical Medicine at Tulane University. Since 1993 I have studied the ecology of vector-borne viruses (such as West Nile virus, dengue virus and Zika virus) and of Chagas disease. During that time I have been funded both as PI and co-investigator by NIH, CDC, and the Bill and Melinda Gates Foundation.

During the final years of my PhD research I was part of a team that discovered a novel mosquito-borne virus being transmitted by a (then) newly introduced mosquito species, Aedes albopictus. That work was published in Science in 1990, and became the basis for my lifelong interest in novel interactions between viruses and the mosquitoes that transmit them. Since then, we have published on dengue vector competence in Aedes aegypti mosquitoes from Colombia, and yellow fever vector competence in two species of African mosquitoes.

With established colonies of the vector mosquitoes, and all of the necessary expertise and equipment in place for safe virus propagation, mosquito handling and infection, and assessment, my laboratory group is perfectly poised to make major contributions to understanding the risk for transmission posed by the mosquitoes most likely to transmit Zika virus in the United States.

How good are North American mosquitoes at spreading Zika virus?