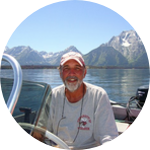 About
I am interested in the toxicological effects in fishes of exposure to contaminants. My area of focus is fishes in the nearby Hudson River so my research usually looks at the effects of PCBs and dioxins on early life-stage success in terms of survivorship, hatching rate, developmental deformities, and aberrations in behavior. One of my studies on Atlantic tomcod, a common species in the Hudson River, determined that they exhibited dramatic and very rapid evolutionary adaptation to exposure to these chemicals. This study challenged long-held beliefs on the rate of evolution. It was published in the prestigious journal Science garnered international recognition in the popular press such as NPR, Associated Press, New York Times, and even the Economist magazine. To date, I have published more than 40 peer-reviewed papers on the toxicological effects of these contaminants on fishes.

I also have a long history in using DNA approaches to identify the stock
structure of anadromous and marine fishes along the Atlantic Coast
including striped bass, American shad, Atlantic cod, and winter flounder. These studies have resulted in more than 50 peer-reviewed papers on the subject. Currently, most of my work in this area is on federally endangered Atlantic sturgeon where my studies have been used to define their population structure along the entire coast and the vulnerability of individual populations to anthropogenic stressors such as bycatch in coastal fisheries.
Joined