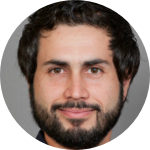 The University of Alabama, Department of Psychology, Associate of the Alabama Research Institute on Aging

Dr. Ian McDonough is currently an Assistant Professor in the Psychology Department at the University of Alabama and is an Associate of the Alabama Research Institute on Aging. Dr. McDonough received his B.S. in Cognitive Science from UCLA in 2006, his Ph.D. in Psychology from the University of Chicago in 2011, and did his postdoc at the Center for Vital Longevity at the University of Texas at Dallas until 2015. He recently received the Matilda White Riley Early Stage Investigator Honors from the National Institute of Health and was accepted into the highly competitive Butler-Williams Scholars Program at the National Institute on Aging. Dr. McDonough’s current research focuses on the neural correlates of memory retrieval and how they differ with old age. More recently, he has also begun to investigate how the neural correlates differ in middle-aged and older adults at risk for Alzheimer’s disease, with a particular focus on racial/ethnic health disparities.

To see what Dr. McDonough has been publishing lately, check out his Google Scholar profile.

Last week I traveled to UAB to set the parameters for the MRI scans. We will be using similar parameters as used in the well-known Human Connectome Project that has unparalleled bra...

5
0
0
Thanks Lawrence! I will let you know how data collection is progressing!
How do risk factors for dementia affect the brain?
View comment