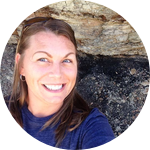 About
I have been the Director for the Big Horn Basin Foundation for the past two years. Prior to that, I previously worked for the Wyoming Dinosaur Center as the prep lab manager and the Tate Museum as a paleontological technician. I have been in paleontology on and off for the past twenty years. My most recent achievement is a book I wrote for the Big Horn Basin Foundation called "Wyoming's Dinosaur Discoveries" which educates the reader on where Wyoming Dinosaurs are located around the world.

Jessica's pledge activity based on country

Projects that Jessica funded that have shared project outcomes