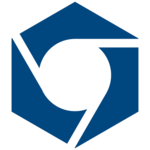 Jon Marles-Wright obtained his PhD in structural biology from the University of Oxford, where he focused on understanding how human immune receptors interact with their targets. For his post-doctoral training he moved to the University of Newcastle, where his research focus moved to bacterial cell biology. Following a two-year career development fellowship at the University of Newcastle, where he developed his interest in the structural basis of metabolic compartmentalization within bacteria, Jon was appointed to a Chancellor’s Fellowship at the University of Edinburgh in 2012. Jon was appointed to his current position in June 2016. Jon is an active member of the synthetic biology community and was awarded a SynBio LEAP fellowship in 2015.