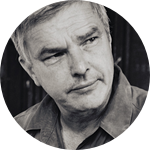 During the period since obtaining my PhD I have had a diverse range of research opportunities. I was a full time (1.0 FTE) tenured academic involved in teaching and research from 1990-2003 both in New Zealand and the U.K. After 2003 I was the director of a private tree-ring research laboratory in New Zealand until November 2012. Aside from New Zealand and Australia, research projects were undertaken in the following range of countries: Indonesia, Malaysia, Myanmar, Papua New Guinea, New Caledonia, Pakistan, Rwanda, Vanuatu. In many cases the pioneer research activities involved extensive counterpart training and in some cases failed to deliver any publishable results. However in other locations (such as Indonesia, Myanmar and Pakistan) the efforts yielded important advances to regional palaeoclimate understanding. In New Zealand I helped develop tree-ring chronologies from two species that now span more than two millennia (Agathis australis and Lagarostrobos colensoi) and also expanded the number of sites from other species. In November 2012 I was appointed a research fellow (fixed-term contract) at the University of New South Wales and have been working on further New Zealand and Australian tree-ring sites. One particular focus has been climate reconstructions for the subantarctic regions.

My primary contribution has been the development of a significant number (>100 sites) of tree-ring chronologies from the SE Asia/Australia/NZ region. I have either personally collected or supervised the students who developed most of the chronologies. These chronologies have been the basis of fundamental work on historical climate variability and forest ecology in parts of Australia, New Zealand and the Southern Hemisphere.