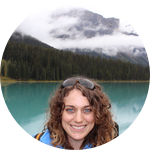 About
Shae is a graduate student in the Wayne Lab at UCLA who is assisting with the genetics investigation of the Urban Caracal Project. Broadly, she is interested in using genetic techniques to study behavior in wild populations. She is particularly curious about how genetic variation and gene regulation shape behavioral traits and how behavioral variation in individuals generates evolutionary change in populations at the molecular level. For her graduate research, she is constructing a multigenerational pedigree in an urban bobcat population to improve our understanding of the reproductive behavior in this elusive mesopredator. Prior to joining the Wayne Lab, Shae worked as a Research Associate on the Shark Bay Dolphin Project with Dr. Janet Mann. She obtained her B.S. in biology and psychology from Georgetown University in 2009 where she conducted undergraduate thesis research on the genetic basis of photoperiodic diapause in the Asian tiger mosquito with Dr. Peter Armbruster.
Joined

Shaelynn's pledge activity based on country

Projects that Shaelynn funded that have shared project outcomes