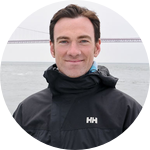 About
Simon Warby is an Assistant Professor at the Centre d'Études Avancées en Médecine du Sommeil at the University of Montréal.

His research is focused on the genetics of sleep and its relationship to neurological disease. He is interested in understanding how sleep disruption and disease can influence important EEG microarchitectural features, such as sleep spindles, that are linked to nervous system development, synaptic plasticity, and memory consolidation.

Specific EEG patterns are altered early in the progression of many neurodegenerative diseases, such as Huntington disease and Parkinson disease, as well as psychiatric conditions that are associated with sleep disorders, such as depression and schizophrenia. By refining techniques for the bioinformatic analysis of large polysomnography datasets, his laboratory examines how genetic variation influences the brain circuitry and neurochemistry that generates brain activity during sleep, and how changes in this activity can be used as biomarkers to track disease onset and progression.
Joined