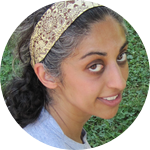 About
I’m a geology professor at Franklin & Marshall
College (Lancaster, PA). More specifically, I’m a structural geologist,
so basically I study how mountains form. I essentially get paid to hike
around the world! Anyway, during my field-work, I’ve come across severe
poverty. I soon learned that most of the world’s poorest live in
mountainous regions. I can no longer, with a clean conscience, study the
formation of mountains without giving back to the people who live there.

Biogas generators are becoming more prevalent in
mountainous regions and may be one of the easiest ways to help a
community. I’d like to set up a biogas
generator on campus, as a pilot study, and then set up some generators in
distressed communities in Appalachia.
Some of the poorest communities in Appalachia are less than 90 miles
from Franklin & Marshall College. My ultimate goal is to help set up
generators in refugee camps and other distressed areas around the world.
Joined