There is growing concern over the safety of hydraulic fracturing, or "fracking", to extract natural gas. However, the risks to groundwater quality are not clear, and we often lack baseline data or monitoring schemes to protect all groundwater supplies. The goal of this study is to determine if microscopic organisms (microbes) can be used to trace methane contamination in groundwater from natural gas extraction activities.

Methane gas, or CH4, is an odorless gas that occurs naturally in small amounts in the atmosphere and in groundwater. Methane is also a potent greenhouse gas - far more effective at warming the atmosphere than carbon dioxide - and of serious concern in battling global warming. In low concentrations, the methane in groundwater is completely harmless, but in high enough concentrations it can pose an explosion hazard.

There are two main processes that create methane, and they have different chemical signatures, which makes methane a useful chemical tracer in the environment. Thermogenic methane comes from the breakdown of organic matter under high temperatures and pressures and often occurs deep underground. Much of the fossil fuel methane drilled by the natural gas industry is thermogenic in nature. The other source is biogenic and is created by a distinct group of microbes called methanogens. These microbes thrive in places where oxygen is not present, such as in groundwater aquifers, and they produce methane as a by-product of metabolism. Sometimes, when the conditions are right, methanogens in groundwater can produce large amounts of methane, allowing well owners to actually light their tap water on fire.

Distinguishing thermogenic from biogenic methane is critical for determining whether natural gas extraction activities could have contaminated groundwater wells. One common method relies on measuring the isotopes of the methane, since biogenic and thermogenic methane have different isotopic signatures. However, there is no “smoking gun” for distinguishing the source of methane, and typically we use multiple lines of evidence. Moreover, measuring isotopes is expensive and sampling must be conducted by an experienced person, making it difficult to use for baseline measurements over long periods of time.

Over the past few years, a boom in shale gas extraction via hydraulic fracturing has taken place in the U.S. and globally, and has raised concerns that methane pollution will become a larger problem: In eastern Pennsylvania, for example, high methane concentrations in some people's water wells have been linked to natural gas 'fracking', raising concerns that other harmful chemicals might also be able to infiltrate groundwater supplies. This project aims at developing a tool for monitoring changes in groundwater quality that result from 'fracking' related activities so that we can assess the short-term and long-term risks to environmental and public health.

We propose taking a different approach to fingerprinting methane in groundwater by going straight to the source: the methanogens. Our goal is to determine if the presence and abundance of methanogens in groundwater can be used as a reliable indicator of biogenic methane. The advantages are that the sampling is relatively easy to conduct, samples can be stored long-term and therefore be archived, and DNA analysis is relatively cheap. In the long-run, state agencies, researchers, and individual homeowners might be able to keep track of groundwater quality more frequently and over longer time periods, all for less cost.

I am currently completing one of the first surveys of microbes in well waters near areas of intense 'fracking' in Colorado. This exploratory research suggests that methanogens are useful tracers for methane. However, the isotopes of these samples all match with a biogenic source. During this field campaign, we will sample groundwaters in eastern Pennsylvania that are known to have thermogenic methane. This will allow us to compare the methanogens across the different methane sources.

We will collect water samples from well owners in eastern Pennsylvania that have previously been shown to contain thermogenic or biogenic methane. Two main analyses will be conducted: First, the isotopes of carbon in the methane will be measured. Second, we will survey the microbes within the water using DNA sequence analysis.

We will then compare the isotopes of the methane with the types of microbes in the water to test our hypothesis that methanogens will be related to methane source.

In addition to disseminating the results in scientific journals, every homeowner whose well water is sampled will receive a report of their water quality data including our interpretation of the microbial and chemical data for their records.

The funds would be used to finance field travel, materials needed for DNA extraction and sequencing, and for geochemical analyses.

Field Travel
Lee will travel to eastern Pennsylvania this spring or summer to conduct field research. Groundwater containing no methane (control wells), biogenic methane, and thermogenic methane will be targeted based on previous studies. Because samples must be processed quickly after collection, her vehicle will double as a "mobile laboratory", where water will be processed for DNA and isotopic analyses.

Microbial analysis
Once samples are processed and returned to CU Boulder, the DNA will be extracted, quality-checked, and sent off for DNA sequencing. We will use a technology called Illumina MiSeq, which produces around 50,000 sequences per sample. That's a lot of data!

STRETCH GOAL: If we reach our funding goal, then we will analyze methane concentrations and carbon isotopes of even more samples. With an additional ~$3900, we can analyze ten more samples. This would give us much more confidence in our data and would dramatically increase the study's impact on the scientific community.

Incentives!!!
All donors will have access to my lab notes, which I will update regularly to keep you all informed. If you donate at least $25, you can request to receive a montage of video 'bloopers' that didn't make the cut for the final video. Folks who donate a minimum of $100 will have their names listed in the acknowledgements section of a publication!

This is a great project. Everything needed is in place: background experience, technology and laboratory setting specifically for this kind of work. The project clearly will produce useful results in an arena we need information on - potential alteration of groundwaters by products of the extraction industry. Go Stanish and Osborn! 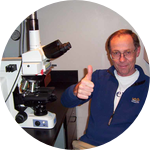 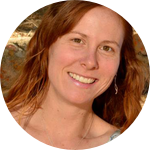 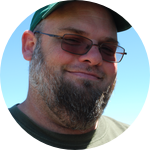 From the bottom of the earth to the ground underneath our feet, I've been studying the biology of water for almost ten years. My first research experience was during an undergraduate marine biology expedition with SEA Semester, where I looked at phytoplankton distributions in the Atlantic Ocean. During graduate school, I studied the ecology of microbes in glacial meltwater streams in Antarctica. After graduate school, I took a brief foray into biofuels research and researched how algae could be used to produce biodiesel. Now, I study the ecology of microbes in drinking water in the Pace Lab.

When I'm not geeking out on microbes, I like spending time rock climbing, running, and playing bridge with friends.

As a youth, I was the kid who would lag behind my friends and pick up the bubble gum wrappers and soda cans that they occasionally tired of carrying and threw on the ground. Water related issues in particular always got my attention. I grew up on the ocean and spent many a lazy summer afternoon swimming, bridge-jumping, and digging for quahogs in the estuary near my Massachusetts home. Looming over my hometown is a coal-fired power plant, the largest and dirtiest in all of New England. The power plant was linked with asthma occurrence in my neighborhood friends, declines in local fisheries due to increased temperatures in Mt Hope Bay, and repeatedly violated federal air and water quality regulations. That power plant made me acutely aware of the connections between the large human demand for energy and its impact on the environment and on local communities. I have since made it my life goal to study the strain that ever-increasing human population and energy demands place on ecosystems and human health.

I am an Assistant Professor, specializing in Hydrogeology, Geochemistry, and Natural Gas Geochemistry.

Final thank you
Deadline extended!
How we process the water

In September, 2013: Our lab was highlighted in the New York Times Science section!
On, Feb 9, I had a project interview with the SciFund team
A bit later, on Feb 19, the Boulder Blue Line Newspaper issued a press release on the project.
On Feb 19, I did an interview for the Society of General Microbiology's podcast.
Today, Feb 25, KGNU radio talked to me about the project in their "How on Earth" segment. Check it out at this link!

For a comprehensive list of references on this topic, check out my blog post, "What's not gray about hydraulic fracturing?"