With this study, I will look at how brown anole lizards cope with a malaria infection to determine if greater energetic costs associated with immune activation (an "investment") translates into increased ability for an organism to resist infection (a "return on investment").

Studies like this will help us determine which individuals are more likely to spread infections and ultimately better predict how diseases move through communities.

Exposure to parasites causes the immune system to activate, which can be expensive in terms of resources, and can lead to variation in how hosts respond to infection. In turn, this affects how parasites evolve and interact with other hosts in the same environments.

The amount of energy needed to activate the immune system can also vary greatly, but if this cost increases as hosts are exposed to more parasites, resisting an infection may be too expensive and hosts may have to cope with some level of infection. We previously found that in lizards, costs increase with parasite exposure, but we don't know if an increase in cost means more protection.

By using an infection lizards commonly encounter in the wild (reptile malaria), we can determine the "return" on their immune "investment".

To fully understand how parasites evolve to become more or less virulent (how much damage it does to the host) in a community, we need to better understand the complex interactions that occur between hosts and parasites and the population level consequences of those interactions.

Surprisingly, the relationship between the energetic costs of immune activation and the resulting immune protection remains relatively unknown.

If we can determine if greater costs of immune activation mean greater parasite protection, we can better predict how the natural variety in immune function that we see affects how parasites and diseases move through wild and human populations and ultimately, how they will affect the communities in which they occur.

The goal of this project is to determine if a greater energetic cost and investment in immune function in brown anole lizards results in a more effective immune reaction against an infection with reptile malaria.

I will determine how these lizards cope with a malaria infection by examining:

I expect that if lizards pay high energetic costs of immune activation at the beginning of an infection, then the result will be fewer parasites than those individuals that paid a lower cost at the start of the infection.

While this project doesn't require a large budget, it cannot happen without funding.

A portion of project funding will go towards care of the lizards while they are in captivity (anywhere from 7-30 days), reagents needed to measure how the lizards metabolize nutrients when infected (we use a heavy carbon-labelled amino acid) and sample processing (exhaled carbon dioxide to determine metabolism and blood to determine parasite load).

Lastly, I need funding to purchase the equipment needed so I can sample carbon dioxide to measure the amount of metabolized amino acid.

In today's funding environment, it is becoming harder and harder to find funds for research that does not relate directly back to human health. However, the research done by ecological immunologists, such as myself, has important implications for processes in the environment that can affect not only wildlife health, but also livestock and human health.

Any funding received beyond the $1000 will go towards offsetting the costs of open-access publication. 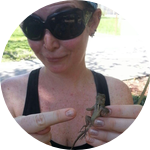 I’m a Ph.D. candidate in the Martin Lab at the University of South Florida broadly interested in the cost of immunity and drivers of variation in immune function within and among populations.
My current research focuses on variation in the cost of immunity and how it may drive disease dynamics, especially in ecosystems affected by introduced species.

I'm also a super nerd that enjoys science fiction, astrophysics and Game of Thrones.
Whenever I can, I like to travel and see as much of the world (and its creatures- even the scary ones) as possible, which is one of the perks of being a biologist.

I’m a Ph.D. candidate in the Martin Lab at the University of South Florida broadly interested in the cost of immunity and drivers of variation in immune function within and among populations.
My current research focuses on variation in the cost of immunity and how it may drive disease dynamics, especially in ecosystems affected by introduced species. There is a large amount of variation in pathogen defense strategies within and among populations, and it is likely driven by multiple factors. To fully understand how pathogens move through ecosystems and affect host health, we need to understand factors that affect pathogen characteristics, such as variations in host immune defense and the influencing factors of those variations. 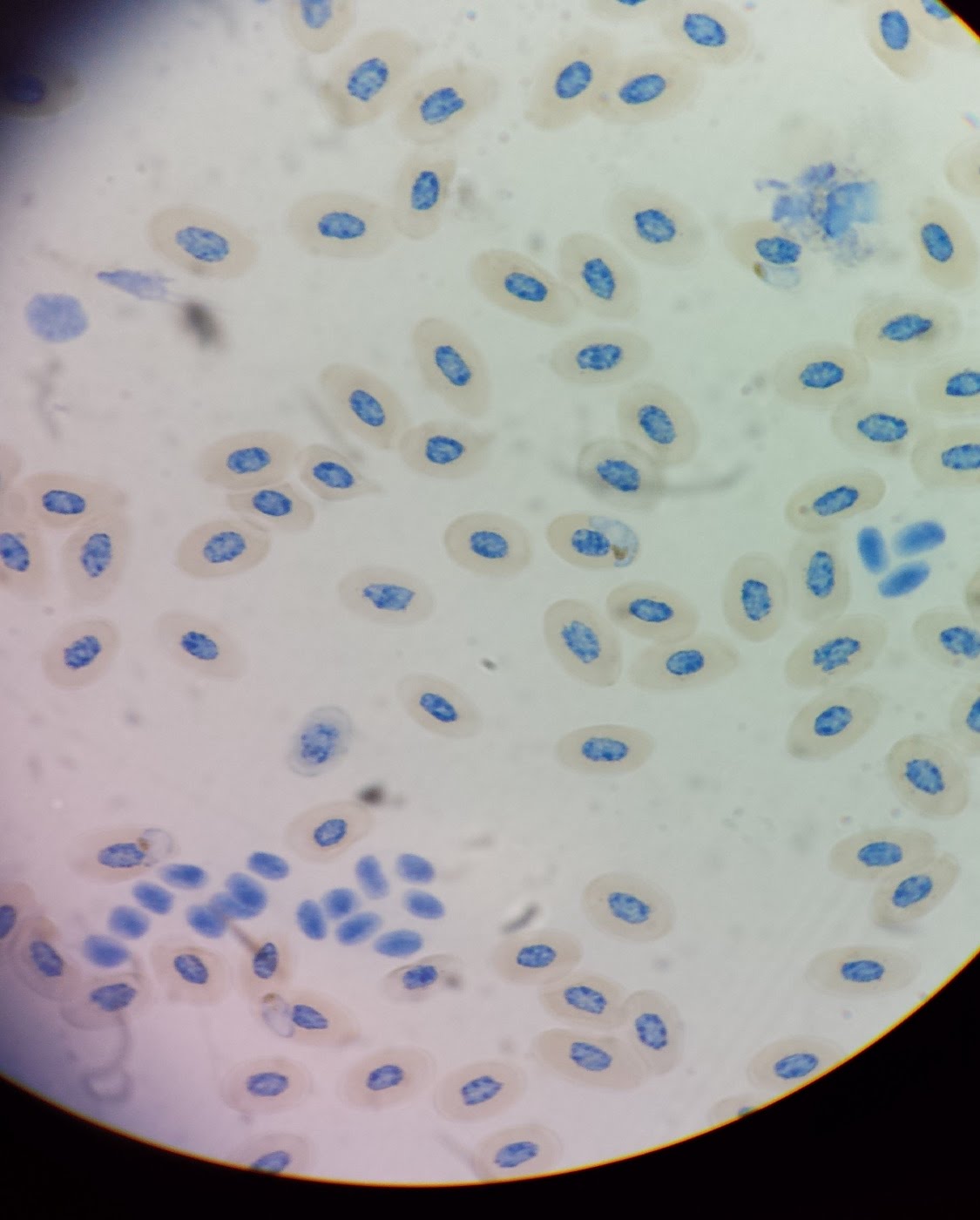 A malaria infection in a brown anole lizard from south Florida. Reptiles have nucleated, oval-shaped red blood cells, unlike mammals, whose are round and do not have a nucleus. You can see the malaria parasites living inside some of the red blood cells (light purple-stained shapes with an orange dot). 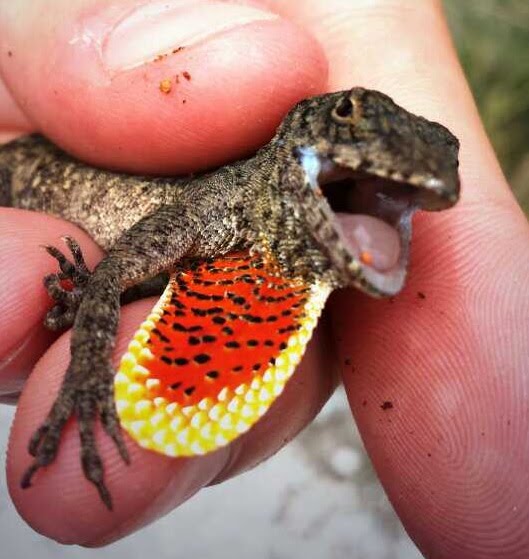 An angry brown anole lizard caught in south Florida. This species is introduced here, and is originally from Cuba and the Bahamas. 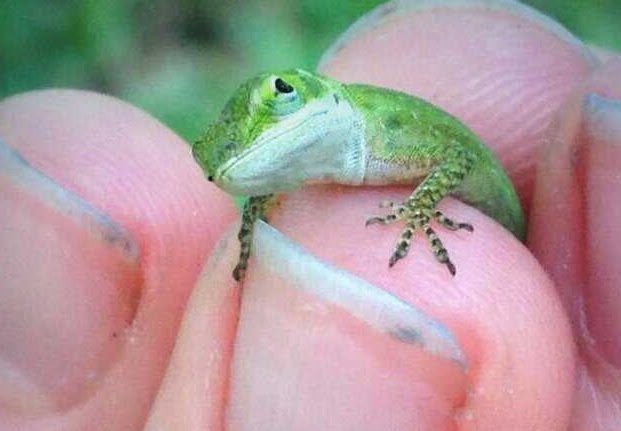 A baby green anole, one of the native lizard species in Florida that has been displaced by the introduction of brown anoles. 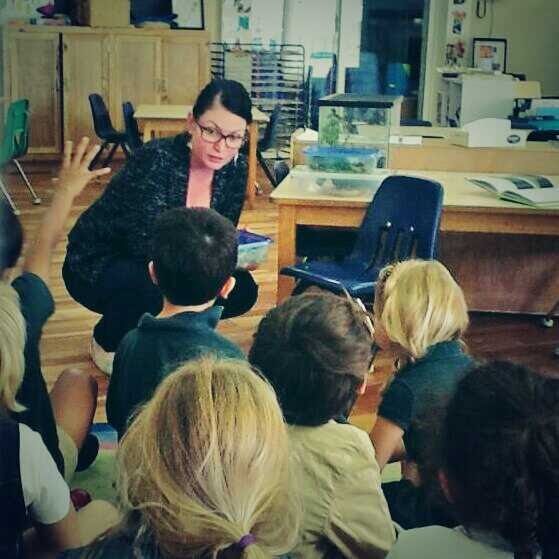 I recently had the opportunity to talk to a pre-school class in St. Petersburg, FL about native and invasive lizards in Florida. It was such an awesome experience! 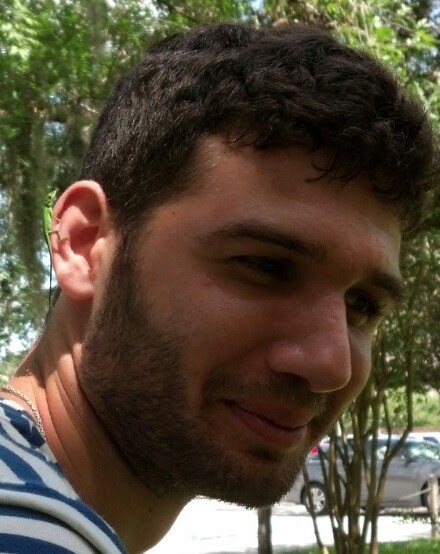 My former undergraduate assistant, Sam (who recently got accepted to medical school) with a baby green anole that jumped on his ear during last summer's field season. 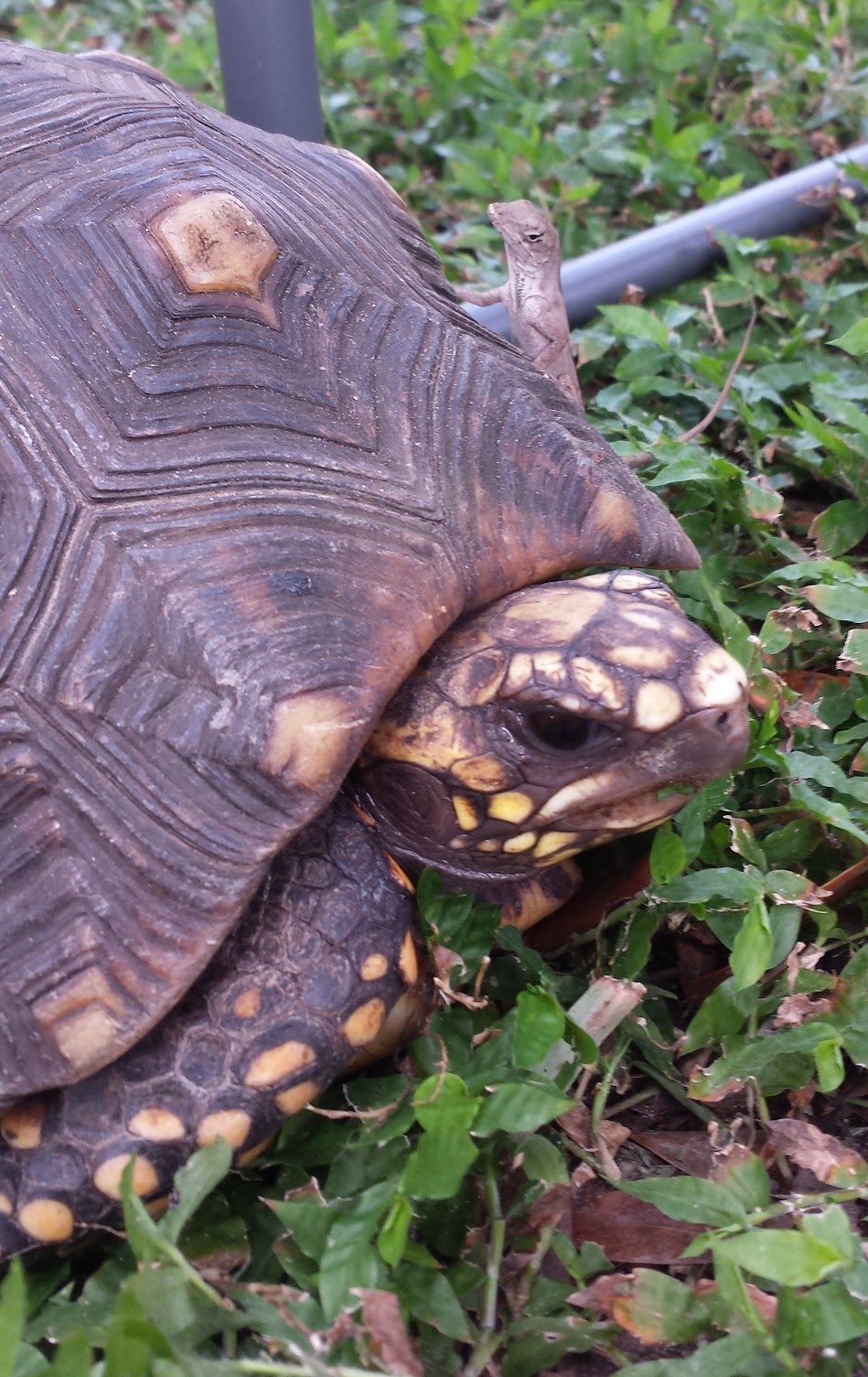 A brown anole catching a ride at the University of South Florida's Herpetology Day. 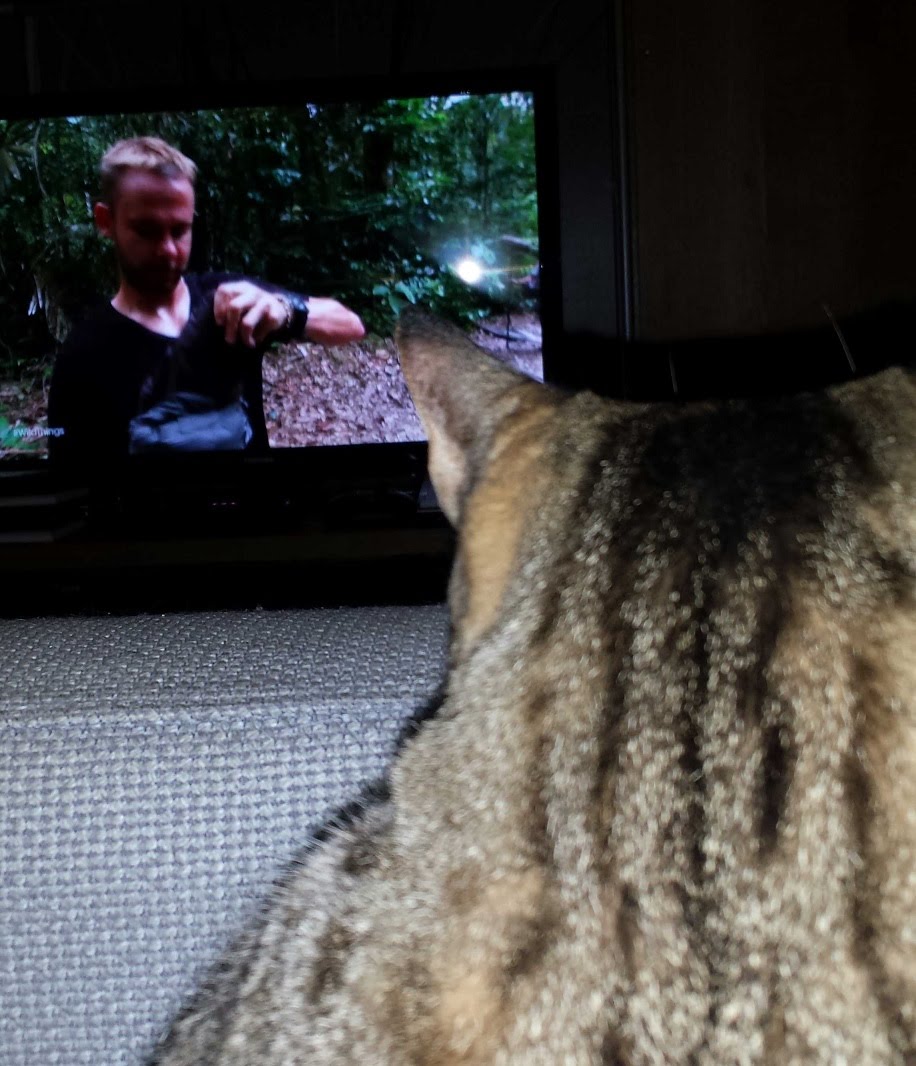 My cat, Dinah, watching Wild Things with Dominic Monaghan with me. Because even scientist nerds like nature shows.