StarScaffold is a scaffold protein designed to specifically link other proteins to itself. It’s a platform technology with potential applications in emerging technologies like hydrogels and cellular factories. It’s highly customisable and covalently links to its substrates, which means the structures it forms should be especially useful and stable. We’ve designed and synthesised our DNA. Over the next two months we aim to insert our constructs into bacteria, express and characterise our protein.

Star-like peptides are not altogether a new concept. Synthetic peptide chemists can produce star-like peptides in a test tube and have shown potential for the delivery of therapeutics. However our project is unique as our construct is produced in living cells and its design allows for complex additions and new potential applications. We’ve chosen two applications to focus on, as a hydrogel and as a protein scaffold. Hydrogels have applications such as wound healing, implant coatings, and 3D printing organs. However, they currently have many issues such as incompatibility, fragility, and heat sensitivity. Protein scaffolds are set to revolutionise the enzymatic production of small molecules, and we feel the StarScaffold’s properties make it optimal for such an application.

Protein scaffolds can be created by joining multiple enzymes to the star peptide, "co-localising" them. Co-localisation has been shown to increase reaction rate of multi-step biochemical pathways.

A foundational platform technology such as this is particularly significant in a time where science is pushing towards open source sharing of information. This is one of the core values recognised by the iGEM competition and we hope that future iGEM team will be able to take our molecule and make it even better!

We will genetically engineer E coli. to produce a novel protein that will fold at the middle of the sequence. Two cysteines (cysteine is an amino acid that can bind other cysteines) located on the two sides of the protein will meet and form a disulphide bond. A protease will be added to cleave the protein in the middle, resulting in a four-armed star peptide.

A core part of our project is the use of split inteins. By adding a split intein to the ends of two proteins, two proteins can be joined when they are mixed. We will use this property to join StarScaffold to other proteins. We hope to demonstrate the ability of StarScaffold to co-localise other proteins with a prototype involving 5 proteins from the Mevalonate pathway, and also form a hydrogel composed of repeating subunits.

We have received generous support from our founding sponsors, the University of Melbourne Biochemistry and Molecular Biology Department, the Bio21 Institute of Biotechnology, and CSL. A large portion of our seed funding has already been spent on team registration with the iGEM foundation and setting up our dedicated laboratory.

We have designed several different prototypes for our novel protein, the StarScaffold. These will require extensive DNA work and large-scale protein purification to synthesise and test. The reagents required for these experiments represent the most significant cost to our budget; the actual cost will vary depending on the results and progress. Any remaining funds will go towards sending representatives for our team to MIT (USA), where they will present our project at the iGEM conference. You donation will help us achieve our goals and support the University of Melbourne iGEM team in the years to come.

As a materials scientist having previously worked in this area of biomaterials, I’m impressed with what the 2016 Melbourne iGEM has done to develop the StarScaffold concept. They propose a unique way to coax E. Coli into produce novel kinds of non-naturally occurring peptide/protein shapes. This approach could essentially open up a whole new class of molecular shapes capable of being produced in bacteria. The project is in many ways at the cutting edge of biomaterials and has the potential for impact both within and far outside of iGEM. 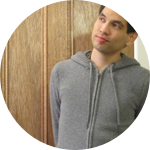 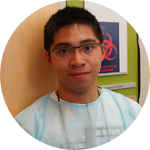 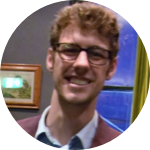 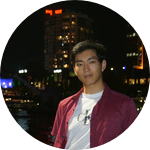 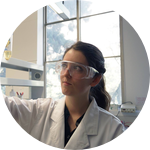 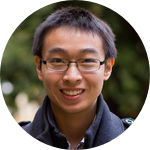 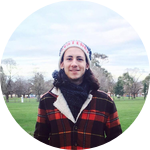 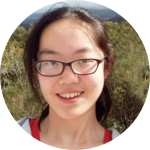 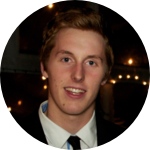 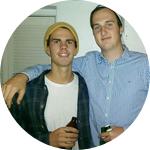 I'm a third year biomedical student majoring in Biochemistry and Molecular Biology. I have been assisting Robert in the design of StarScaffold and planning experiments. I really enjoy learning and doing research and I am considering becoming a clinical researcher.

I'm a lifelong science nerd and appropriately a biochemistry major undertaking honours at the bio21 institute in 2016. Through this project I've gained valuable experience in experiment planning and design. The process of designing and creating a novel biological system has been enlightening and tremendous fun. I enjoy learning new things, cooking, watching movies, and long walks on the beach.

I'm currently in my third year of Bachelor of Science, majoring in Immunology. I have found iGEM to be a unique experience that has given me great insight into the process of project design and experiment planning. I work with other team members in the wet lab to synthesise the StarScaffold protein, and I am also part of the outreach team, working on improving awareness and understanding of synthetic biology in the wider community.

I currently an undergraduate student in my third year of a Bachelor of Science, majoring in either Microbiology or Biochemistry, my two scientific loves. I am really enjoying putting the theory from my degree into practice with the hands on work of the StarScaffold project! As well as working with the other team members in the wet lab I am on the outreach team, working on bringing knowledge of synthetic biology into the wider community.

I am currently in my final year of a Bachelor of Biomedicine at the University of Melbourne, majoring in Microbiology and Immunology, with an intention to pursue either an Honours year or a Doctor of Medicine at the completion of my undergraduate degree. I am grateful to have been born in an era, where our understanding of biology has progressed to such an extent that we are now capable of re-engineering biological systems to display functions that do not exist in nature, but have the potential to benefit mankind. I am excited to be part of the Melbourne iGEM Team this year and cannot wait to see what the team can create.

I am currently completing my 3rd year of a Bachelor of Science at the University of Melbourne, majoring in Biochemistry and Molecular Biology. I have really enjoyed working in the lab, refining my experimental skills, and learning more about the research process.

I'm a third year Bachelor of Biomedicine student at the University of Melbourne, majoring in Microbiology and Immunology. I've always loved science and would love to utilise what I've learned to create something exciting and new. In the future I'd love to be involved in biomedical or clinical research.

I am a Master of Biomedical Engineering student at the University of Melbourne. As the team's engineer, it is my responsibility to use various engineering techniques to characterise our Star Peptide. This involves developing models and using simulations to analyse its behaviour. I am also helping to create and design the website for our project.

I am in my third year of my Bachelor of Science at the University of Melbourne, majoring in Biochemistry. I plan to spend next year doing Honours in the field of Proteomics at the Bio21 Institute. I will be working with the wet lab team to develop our prototype, while also focusing on helping the team fund its project through by identifying and contacting prospective sponsors.