We explored the diversity of the Sydney Harbour coral microbiomes across sites and seasons. It is these microbial communities that play a key role in the genetic plasticity of coral holobionts under environmental change. 16S rRNA analysis revealed high variability across coral host species with season showing specific patterns of association for diversity and bacterial community composition.

Sydney Harbour is a long way from the Great Barrier Reef but is surprisingly home to scleractinian (hard) corals. Despite the extreme environmental conditions (low temperatures, low light) corals thrive here. Extreme environments may become the ‘norm’ for reefs and act as refuge environments, as coral reefs are at risk from pollution and global warming. Understanding how the Harbour corals are thriving in Sydney could enable us to better predict the future of coral reefs.

Sydney Harbour, one of the most biologically diverse harbours in the world, is towards the southern-most range for scleractinian coral growth in Australia, dominated by Plesiastrea Versipora and Coscinaraea McNeilli. These corals have clearly adapted to extreme conditions, likely due to the unique microbial communities they harbor (bacteria and algae) and their resultant physiological plasticity. With increasing sea surface temperatures, extinctions of many coral species will occur unless they can migrate or adapt. The Sydney corals may be able to tell us much about what is required to survive in extremes, and may become a refuge for coral species, adding to the already high conservation value of this system, which has been proposed as a Marine Park.

This research will inform biodiversity quantification, that is, the microbial communities associated with the corals, that underpins Sydney Harbour’s high conservation value. This project will uncover the Symbiodinium type (symbiotic algae) and the bacteria that are pivotal to coral resilience in extreme environments as the coral holobiont is essential for maintaining coral health and metabolism. How these communities change seasonally and under stress (see lab notes #1) is critical knowledge to understand the survival mechanisms of these hardy corals.

This data will contribute to physiological and ecological models of future coral distribution and function. This is crucial as current modelling is hindered by a lack of knowledge of coral form and function in extremes.

Marginal systems such as Sydney Harbour are becoming increasingly recognised as critical for supporting the future existence of coral reefs. However, the genetic identity of corals existing under such extremes is still largely unexplored.

This project will therefore use state of the art molecular techniques to uncover how corals survive in Sydney Harbour; focusing on the seasonal diversity of the microbial community (Symbiodinium and bacteria) associated with the Sydney Harbour coral populations and how this shifts with changing environmental condition. How have the Sydney corals evolved to thrive this far south? Who will be the winners and losers in a changing climate?

Funds will specifically help resolve the genetic identity (Symbiodinium and bacteria) of the coral holobiont. This data will be coupled with physiological measurements and transcriptomics to gain an overall understanding of how corals have pushed their limits to thrive in Sydney Harbour.

Seasonal samples (including samples from the bleaching event) will have their DNA extracted and sent for bacterial diversity profiling (number of samples is n=40 at $60 per sample) and Symbiodinium identification (Amplicon sequencing- number of samples is n=20 at $50/sample) using next generation sequencing. Sequencing will be done on the MiSeq Illumina platform at the Ramaciotti Center for Genomics. To analyse the bacterial sequence data I will use the Quantitative Insights Into Microbial Ecology (QIIME) pipeline. Symbiodinium sequences will be analysed using BLAST and the GeoSymbio database.

This project attempts to understand how corals have pushed their limits to thrive in Sydney harbour. Sam has been running a long term experiment at Manly SEA LIFE Sanctuary collecting data on the physiology of Sydney’s corals under various temperatures. This data, coupled with analysis of the microbial community associated with the corals, which she aims to get funded through Experiment, will inform the function of the coral holobiont from a system as unique as Sydney harbour. We are excited to be involved and see the outcome of this project. 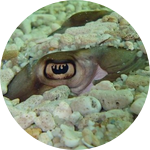 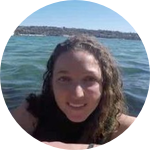 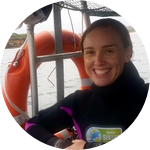 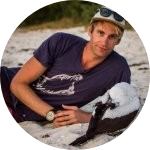 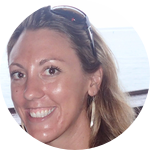 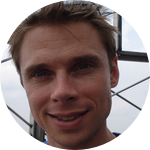 I am a second year PhD candidate from the Future Reefs lab within the Climate Change Cluster at UTS. So far in my PhD I have presented my research at the International Coral Reef Symposium in Hawaii 2016 which was a fantastic learning and networking opportunity. I have also published a paper and have another in review looking at Symbiodinium functional diversity and thermal tolerance.

I am particularly interested in the future of coral reefs as highly vulnerable ecosystems at the ‘frontline’ of environmental change. With a decline in the productivity and growth of coral reef ecosystems as well as changes in the distribution and function of corals, there are major environmental and social consequences as millions rely on coral reefs worldwide. Corals are such complex organisms and we have so much more to understand about them and I want to contribute to that knowledge. I have grown up snorkeling and diving the Great Barrier Reef and I love getting out there in the quirky temperate waters of Sydney. It is vital at this time that we understand these ecosystems and the corals within them in the context of climate change and how we can best manage for that change.

My research has been focused on reef-building corals and the fascinating symbiotic dinoflagellate living within their tissue. I'm interested in how this symbiosis will survive under climate change conditions and whether we can obtain information to help coral acclimate to the future conditions of our oceans. It is clear that
climate change is already having an impact around the world, including Sydney, indicating that this research is important and timely. In addition to looking for new ways to protect coral reefs, I'm also dedicating time to engage with the local community about ways to live more sustainably on our planet.

I completed my PhD at the University of Queensland (Australia) in 2015 and my primary interests relate to symbiosis in the marine environment. Specifically, I focus on photosynthetic symbioses between invertebrates (including corals, jellyfish, and anemones) and marine algae, and how these interactions will reorganise under a changing climate. I target research questions which can resolve how symbiotic organisms with complex life cycles are integrated across generations and the key traits that are required for a working, resilient, and ecologically successful mutualism. With the rate of environmental change, this unfortunately also extends to diagnosing the breakdown and dysfunction of marine symbioses. My research has taken me to locations such as the Great Barrier Reef, Hawaii, New Caledonia, and most recently in Sydney Harbour with the Future Reefs team of the Climate Change Cluster (C3) at the University of Technology Sydney.

I am a marine biologist with research interests in the role marginal reef environments (e.g. mangrove habitats) can play in understanding the impact of future climate change on coral reefs. I currently work as a post-doctorate research associate at the University of Technology (UTS), Sydney. At UTS I am a member of the Climate Change Cluster (C3) working with Associate Professor David Suggett in the Future Reefs Research Program.

Over the past four years I have been involved as a coral reef researcher with Earthwatch and Operation Wallacea and am an ambassador for global biodiversity for the charity IBEX earth. Before my current position at UTS I was awarded an Australian Government Endeavour Fellowship to continue my work on marginal corals - specifically addressing whether and how species diversity of the coral holobiont (hostcoral cnidarian, symbiotic algal and bacterial communities) alters as coral populations persist into extreme environments.

Alongside my research, I enjoy photography and communicating my research to the wider public.

I lead the Future Reefs Program within the Climate Change Cluster, University of Technology Sydney. I'm interested in what makes coral (reefs) tick! Why are some species of coral more sensitive than others to stress? How can we 'assess' this sensitivity to help reef managers make difficult decisions in which areas of coral need most protection? My team studies corals from the smallest of their symbiotic microbes to entire reef systems to answer these questions, with a special focus on developing new tools that can better determine the health status of coral reefs. We work along Eastern Australia from Sydney Harbour to the Great Barrier Reef but also further afield including New Caledonia and the Seychelles, and always looking for new opportunities and reefs that need our help.

For any of my backers who would like to see the Sydney corals for the first time, I will organise a snorkel trip to Manly to say Thank you!!

If you want to know more please check out this literature!