The African violet, Saintpaulia, is one of the most popular houseplants, with retail sales of horticultural hybrids amounting to tens of millions of dollars per year. At the same time, natural populations are threatened on the mountains of Kenya and Tanzania because of agriculture and climate change. A Saintpaulia genome sequence would provide vital data for breeding of color and shape modifications, better understanding African violet evolution, and informing strategies for their conservation.

The cultivated African violet is the basis for a multi-million dollar industry producing hundreds of varieties. Yet, wild African violets are paradoxically among the most critically endangered plants of the Eastern Arc Mountains in East Africa, which are among the most important areas for global conservation of biodiversity. Human activities have caused severe, local habitat degradation, and >70% of the original forest cover has been destroyed. As a flagship species for conservation of the Eastern Arc Mountains flora and fauna and the foundation of a significant horticultural industry with thousands of enthusiastic growers and breeders, sequencing the African violet genome will provide multiple resources for follow-up research on natural populations and horticultural varieties.

With the advent of DNA sequencing technologies, increasing numbers of sequenced plant genomes are providing crucial insights into a multitude of features, including genome structure, genetic underpinnings of adaptive traits and horticultural traits, and evolutionary history. Sequencing the African violet genome will provide resources for genetic mapping of traits used in breeding cultivated varieties, not only of African violets but also their close relatives Streptocarpus and Sinningia, other popular tropical houseplants. Sequencing the genome will also identify DNA variants that can be used to estimate patterns of genetic diversity, gene flow, and population sizes among wild species. This information is important for developing conservation strategies and priorities.

This project is the first phase in sequencing the African violet genome. Based on shotgun sequencing on the Illumina HiSeq platform, this first phase will produce about 150-times coverage of the African violet genome. These data will provide an important basis to explore features and organization of its genome as well as information about genetic variation and evolutionary history. In the next phases of this project, we will generate a complete, high-quality, annotated and assembled genome that can serve as a reference for future sequencing and genotyping of more species, natural populations, and cultivated varieties.

This first stage of the African Violet Genome Project will explore the basic features of its genome, including its true size in DNA base pairs, approximate numbers and identities of genes, and content of so-called "junk" DNA. This first foray into sequencing should yield about 150-times coverage of its nuclear genome, which will be more than enough to address our first questions, provide an opportunity for a first publication, and establish the feasibility of more in-depth research on natural populations and horticultural varieties.

This is an exciting project that gets my full support! Victor Albert is an expert in the analysis of plant genomes and plant genome evolution and this project will provide valuable information for plant biologists and people concerned with conservation issues. 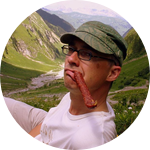 Yves Van de Peer
Professor
Ghent University
I fully supported this exciting project, which will generates valuable resources not only for facilitating African violet breeding, research and conservation, but also for future plant comparative and evolutionary genomics studies. Members of the research team are highly experienced in plant genomics and evolutionary biology, ensuring the success of the project. 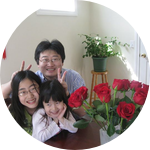 Zhangjun Fei
Associate Professor
Boyce Thompson Institute
As a person who has grown the African violet species for over 30 years and conducted my own research projects, I have wanted for many years to see a genome study of these plants completed. I am delighted that this project has been launched and hope to support these efforts by providing plant material from my species collection. 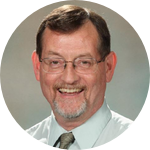 Jeff Smith
Chair - Research Committee
African Violet Society of America
The African violet is the iconic genus for the family Gesneriaceae. Having a full genomic analysis for this genus will allow additional advancements in the family that has seen a major increase in phylogenetic and developmental analyses over the past 30 years. I fully support this project and look forward to seeing its completion. 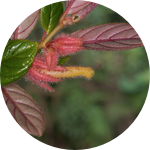 James F. Smith
Professor and long-time researcher on Gesneriaceae
Boise State University
This is a highly worthwhile project, from points of view both of the targeted genome, which will allow an close comparison both with the Boea genome soon (or now) available and as a model for other plants resistant to dehydration to various degrees, and of the highly productive project team, responsible for the completion and timely publication of a wide range of interesting genomes. I endorse this work most enthusiastically. 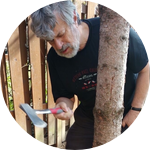 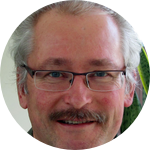 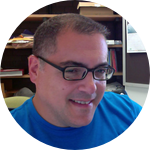 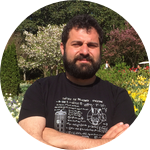 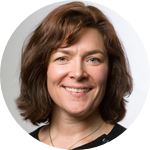 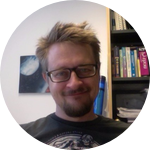 I am a plant evolutionary genomicist with special interest in genome adaptive landscapes, the evolution of genome size, and the evolutionary roles of small-scale gene duplications. My genome projects have included the carnivorous bladderwort plant (Utricularia), the basal angiosperm Amborella, avocado, birch, and diploid coffee. In addition to my work on plant genomics, I have a long history of research in phylogenetic systematics of flowering plants, and on the molecular basis for plant morphological development (evo-devo). Together with project collaborator Prof. Charlotte Lindqvist, I published two papers on the phylogeny, biogeography and conservation of African violet species, in 1999 and 2001. I am a graduate of Brown University (BA and MS, 1987 and 1989) and the University of North Carolina - Chapel Hill (PhD, 1992).

I am a genobotanist seduced by the colorful diversity of plant phenotypes. My research is focused on the study of plant domestication and evolution using genomic approaches such as whole genome sequencing, reduced representation genotyping, RNA-seq and ChIP-Seq. I have been involved in several plant genome sequencing projects such as tomato, watermelon and Nicotiana benthamiana. Currently I am using floral crops from the 18th century such as begonias, florist’s gloxinias and petunias as models to study the link between genomic and phenotypic changes during the plant domestication process. I graduated from the University of Malaga, Spain, in 2001. I obtained my PhD degree from the same university in 2007 studying the ripening process in strawberries. Then I moved to Ithaca, NY, for a first postdoc in the Sol Genomic Network database at the Boyce Thompson Institute (from 2008 to 2012; Bioinformatics in Solanaceae), and a second one in the Department of Plant Biology at Cornell University (from 2012 to 2014; Systematics in Polyploids). I am currently a Translational Genomics Assistant Professor in the Department of Horticulture at Virginia Tech.

I am originally an engineer who somewhere along his studies got fascinated by the complexity of biology. I have long experience of analyzing big data from different sources, and I see biology as the field which gives the biggest challenge and also greatest opportunity to further our understanding of the world. My research is so-called data-driven science, where data is analyzed as it is, without any prior hypotheses. It has been intriguing to see how the patterns of evolution and adaptation stand out when analyzing genomic data. My biggest research project so far has been the silver birch genome, but I have expertise also from microbial ecology.

I have an MSc in engineering physics from Helsinki University of Technology and defended my DSc thesis in information sciences (machine learning) at Aalto University in 2008. Since then I have been doing bioinformatics at University of Helsinki.

Links to two of our scientific papers on the evolution of African violets!

A High Elevation Ancestry for the Usambara Mountains and Lowland Populations of African Violets (Saintpaulia, Gesneriaceae). (Charlotte Lindqvist and Victor A. Albert) - Systematics and Geography of Plants, Vol. 71, No. 1 (2001), pp. 37-44.