There has been increasing dislike and distrust between Republicans and Democrats in the US. Such affective polarization is rooted in people's identification with the two parties, but we know little about its underlying mechanism. However, different mechanisms may lead to different policy-making implications. This study presents an experiment during the 2022 midterm election to distinguish between the preference-based and belief-based mechanisms of affective polarization.

In recent years, Republicans and Democrats increasingly dislike and distrust people from the opposing party. For example, people don't want their children to marry counter-partisans. The primary explaining factor for this phenomenon is that people develop a stronger sense of belongingness with the two political parties, as they identify with their gender and ethnic groups. However, is it enough just to be a member of either party? What else causes people to display affective polarization? According to social identity theory, two approaches can explain the underlying mechanism: One is preference-based, driven by pure distaste toward counter-partisans without specific reasons; the other is belief-based, driven by inaccurate stereotypes of others' traits.

We want to conduct a field experiment to distinguish between the preference-based and belief-based mechanisms of affective polarization. We believe the midterm election, as a battle between the two parties, will make people's political identities stand out. Therefore, they will show more affective polarization with this salience increase. By investigating how their preferences and beliefs change, we will be able to identify the underlying mechanism. More specifically, if we observe people showing more distaste for counter-partisans without any concrete reason, affective polarization should be driven by preferences; if we observe people increasingly believing that their counter-partisans are not as intelligent and trustworthy as their co-partisans, beliefs should be the driving factor.

We will recruit a total of 1,600 participants on Prolific. This large sample size can ensure that we get enough power for our analysis so that our experimental results can have powerful real-life implications. Also, with a large enough sample size, we will be able to identify sub-group differences. For example, do participants from battleground states exhibit a larger treatment effect? Will extreme partisans and moderate partisans show different behavioral patterns?

We are applying for a graduate research grant from the University of Michigan, which is expected to provide at most $1,500. My advisor's funding can also cover up to $5,000. These funds will be used to pay expenses in pilot studies ($320), part of the participation fee for the second survey ($1,500), the participant bonus ($2,030), and the service fee on Prolific ($2,476), which is 33.3% on top of participant payments.

Ordinary Americans increasingly dislike and distrust those in the opposing party. Democrats and Republicans alike claim that members of the opposing party are hypocritical, selfish, and closed-minded, and that they are unwilling to socialize across party lines. The experiment “Affective Polarization and Social Identity: Preference-Based or Belief-Based?” will help us understand whether the animosity is based on ‘blind hatred’ or (inaccurate) stereotypes about others’ kindness and intelligence. Well worth it to support this project. 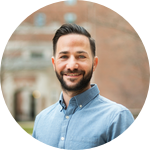 We will first launch the experiment on Prolific. After all responses have been collected, we will start doing data analysis. By the end of next spring, we are expected to have some preliminary results. Then during the summer, we will manage to present our work at several conferences and get feedback from other researchers. Starting next fall, we will work on writing the working paper.

Attend conferences and get feedback 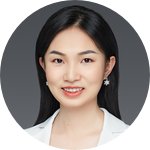 My faculty advisor, Alain Cohn, is collaborating with me on this project.

Alain Cohn is an associate professor at the School of Information. His main fields are behavioral, experimental and labor economics. His research focuses on the origins and consequences of social preferences and moral behavior. Much of his work is based on lab, field and online experiments, often involving non-standard subject pools such as financial professionals, millionaires and criminals.

I am a PhD student at the School of Information, University of Michigan. My research interests broadly lie in behavioral economics and experimental economics. The recent focus of my research is cognitive bias and its behavioral consequences, including group bias caused by social identity and motivated beliefs. I'm co-advised by Professor Yan Chen and Professor Alain Cohn. I completed my undergraduate study at the School of Economics and Management, Tsinghua University, where I worked as a research assistant of Professor Tracy Xiao Liu on various projects related to nudging in offline and online education.