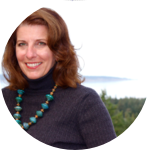 About
I moved to Orcas Island, Washington four years ago with no thoughts of starting a new research organization. However, in early 2012, I learned about plans to build the largest coal transport facility in North America – the Gateway Pacific Terminal – at Cherry Point, Washington, a short distance across Georgia Strait from Orcas, my new home. A review of the massive (and historic) scoping record for GPT revealed a lack of specific information needed to answer important scientific questions. So, building on 25 years of experience in science and technology policy and communications in the other Washington (DC) and in California, I founded Research Now with the goal of crowd funding location-specific research to inform policymakers. When I'm not talking about Research Now with anyone who will listen, I can be found with my very tolerant husband and son on beautiful Orcas Island.
Joined

With funding that Research Now raised from the crowd on Experiment.com, Principal Investigator (PI) Gary Greene with Co-PI Vaughn Barrie of the Geological Survey at the Institute of...

YOUR generous support means that YOU helped us met our goal, and research will begin soon. How real is that!? Stay tuned for updates.... This result could not have happened without you. Thank you! ...

Here is an example of the 1:20,000 scale maps that Dr. Greene and his team are constructing showing areas of no data (white areas) northwest of Lummi Island. Pretty awesome details!Data we collect ...

This image shows dynamic bed forms or sediment (sand) waves that map the potential habitats of the Pacific Sand Lance, a major forage fish in all of the Salish Sea. Here is a bathymetric image of t...

Thanks so much for everyone's generosity and support.  Our seismic hazards project is over 66% funded with two weeks left.  Please spread the word, as any donation will get us one step closer to ou...