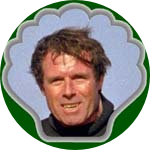 About
I have been a marine ecologist and educator since the late 1960s. In that capacity I have taught at both high school and university levels. My research began in the mid-1960s while an undergraduate at Harvard under Drs. Barry Fell and E. O. Wilson. I became fascinated with the biogeography of marine life on islands and moved to Catalina Island after graduation.

The primary areas of research I am involved in include the dispersal of marine invertebrates to offshore islands via planktonic larvae and hitchhiking on drifting rafts of giant kelp (Macrocystis pyrifera). I have also used a geographic information system (GIS) and remotely sensed images to map giant kelp over time and look at the ecological factors that might contribute to persistence either through resistance or rapid recovery.

I have been a SCUBA diver for over 50 years and have done a lot of underwater video, producing a cable TV show on marine life in kelp forests and writing a weekly newspaper column on the same. I have worked and dived with the Cousteaus, Sylvia Earle, Dr. Guy Harvey, Wyland and others over the years and my video footage has been viewed in several PBS pieces, Dr. Guy Harvey's "Portraits from the Deep" (great white sharks at Guadalupe), a one hour documentary about giant sea bass on Japan's public TV network and in a two hour Cousteau documentary about the Channel Islands that aired as part of Cousteau's Rediscovery of the World on TBS.

My passion is in sharing my observations and knowledge about marine life with people who may never have an opportunity to dive and see it first hand.
Joined

Sex in the sea: Uncovering the mating behavior of Giant Sea Bass