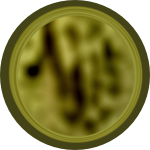 CSU, Other inventors, (including a Nobel Prize Winning Physicist affiliated with JILA and CU)

Ever since I can remember I have been fascinated by nature. I grew up in the wide open prairies of the American West in Colorado. I studied everything and have a strong curiosity and desire to learn. I was a pediatric intensive care nurse, a real estate professional, an arts and events producer, a budding screenplay writer, movie business individual… until I had a dream one night about the future. I woke up the next day and began cold calling company executives and engineers all over the World. This is how my pioneering involvement in the HDTV industry began. It would lead me into a World of competitiveness, scientists and light sources. Then, while I was living in Paris, I grew a plant in my closet with one of my flat Tesla lamps. For the past 35 years, from my beginning discussions involving NASA and Desmond Despommier, (the first person to use the term “vertical farming”), I have very secretly been putting together an entire system of basic enablers for an energy efficient (near solid state), modular, scalable, solar tubes powered, lightweight, silent, photobioreactor system with the most advanced technology right out of the labs where they were built. I need funds now to integrate them into a desktop model to show proof of concept. I will produce algal biomass and oil (which is toxin free and human food grade), faster than the sun. I will attempt to breed copepods and show equal ability per volume area to match the herring production during the North Sea Algal blooms. I believe I have an inexpensive way to scale food and oil production, bioremediation of water and help solve ocean life decline. I can also utilize plenty of CO2 and produce plenty of oxygen. I believe in the direction the Footprint Coalition is headed and want to perform my dream chosen role before passing into the next realm, whatever it may be!