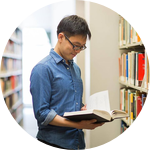 He draws upon both quantitative and qualitative methods to investigate the ideological perceptions of different varieties of Mandarin. He also worked on how Chinese learners process relative clauses using eye-tracking. His works have been published in two books and been presented at several conferences, including International Symposium on Chinese Teaching and Learning, North American Conference on Chinese Linguistics, New Ways of Analyzing Variation, and Annual Second Language Research Forum.

At CUNY, he has taught both linguistics and Chinese, including introduction to Language, Elementary Modern Chinese, Language and Culture, Dialects across Cultures, and Modern Chinese literature.
Joined

How do companies repair their reputation after scandals?