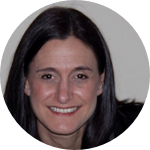 Dept. of Pharmacology and Toxicology and the James Graham Brown Cancer Center at the University of Louisville

My doctoral research was funded in part by a NIH pre-doctoral fellowship and focused on characterizing novel ion channels formed by the apoptotic sphingolipid ceramide, resulting in three first author publications and, in 2003, my doctoral degree. During my first post-doctoral fellowship at the University of Maryland (2003 to 2006), I acquired a solid foundation in mitochondria bioenergetics and mitochondrial-mediated apoptosis. From 2007-2009, I trained in the laboratories of Drs. Lina Obeid and Yusuf Hannun at the Medical University of South Carolina (MUSC) in order to gain additional expertise in cellular and molecular biology and biochemistry of sphingolipids. In 2009, I was appointed as an Assistant Professor at MUSC and a Research Health Scientist at the Ralph H. Johnson VA Medical Center. I received my first R01 from the NIH NIDDK in 2012 to study the role of sphingolipids in chemotherapy-induced acute kidney injury. In 2012, the MUSC Foundation recognized my potential for future achievement in academia and my productivity when they awarded me the Developing Scholars Award, the highest honor awarded at MUSC. In 2013, I relocated my laboratory to the University of Louisville where I was appointed as an Associate Professor in the Department of Pharmacology and Toxicology and the James Graham Brown Cancer Center. My laboratory aims to understand chemotherapy-induced acute kidney injury and the transition to chronic kidney disease as well as fundamental aspects of cancer development and metastasis. We aim to target this weakness of cancer cells to design better combinatorial cancer treatments whilst protecting the kidney from the long-term sequelae of current standard of care treatments. To this end, we combine our expertise at the biophysical, molecular, cellular, and animal level to accomplish our goals of translating our findings at the bench to the clinic.