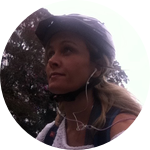 About
I have been fascinated by the marine environment ever since I was a child. Throughout college (Biochemistry) and masters (in Environmental Sciences) I decided that my career was going to be "marine scientist". The fact that the "invisible" tiny microbes dominate life on our planet and that they have been here for as long as 4 billion years fascinates me. Anoxic primitive habitats are found nowadays in the bottom of many coastal systems, such as in Conceição Lagoon. During my PhD (in Biological Oceanography), I studied the microbial structure in these anoxic zones or so called "dead zones", which should not be named like that, in my opinion, because these areas are full of microscopic life! Some of these microbes can migrate vertically, linking the "unavailable" energy back to macroscopic organisms, and others can produce clean energy, such as hydrogen! Working with metagenomics from different ecosystems in Australia during my post-doc at University of Technology Sydney improved my skills on linking basic knowledge and biotechnology, which are the current motivations in my projects.

Synechococcus, isolated from the columns!

It seems like we have successfully isolated one strain of Synechococcus from our columns with potencial to produce hydrogen. They will soon be transferred into bioreactors, but a fatorial test must...