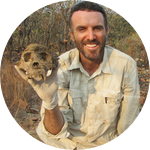 About
I have studied wild primates since an undergraduate, having worked in west (Senegal) and East (Madagascar, Kenya, Tanzania) Africa. My focus now is on endangered chimpanzees living in a marginal habitat in western Tanzania. These apes are interesting from both an anthropological as well as conservation perspective. First, they live in similar conditions to the earliest human ancestors, and so offer a window into the origins of the human species. Further, 75% of Tanzania's chimpanzees live in unprotected areas, dominated by savanna woodland, an entirely different environment to that where we have traditionally studied chimpanzees. This environment may demand an entirely different type of social organisation not before observed in chimpanzees.
Since 2005 I have co-directed the Ugalla Primate Project which seeks to answer these questions of behavioral adaptation, as well as help protect Tanzania's remaining chimpanzee population.
Joined

Alex's pledge activity based on country

Projects that Alex funded that have shared project outcomes