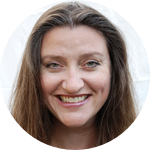 I hold the 2011-2016 Endowed Chair in Women's Health Research at the University of Ottawa, where I am an Associate Professor in the Faculty of Health Sciences. A 1996 Rhodes Scholar from Oregon, I received my DPhil in Middle Eastern studies from the University of Oxford. I received my MD from Harvard Medical School and my AM in International Policy Studies and BAS from Stanford University. My research focuses on emergency contraception, abortion, and health professions education and I currently leads projects in ten different countries. I have authored more than 70 publications on reproductive health and my co-edited book, Emergency contraception: The story of a global reproductive health technology, was published by Palgrave MacMillan. My second co-edited book, Abortion pills, test tube babies, and sex toys: Emerging sexual and reproductive health technologies in the Middle East and North Africa will be published by Vanderbilt University Press in 2016.

I currently serve on the Board of Directors of the National Abortion Federation and am the Immediate Past Chair of the Population, Reproductive, and Sexual Health (PRSH) Section of the American Public Health Association. In 2004 I was named one of Choice USA’s 30 Under-30 Activists for Reproductive Freedom and in 2009 I received the PRSH Section’s Outstanding Young Professional Award. In 2015 I was honored with a Femmy Award in recognition of my "outstanding contributions to women’s rights and equality in Canada’s National Capital Region."

Angel's pledge activity based on country

Projects that Angel funded that have shared project outcomes