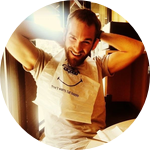 About
Andrew Bernier joins KJZZ as the Senior Field Correspondent for Science and Innovation with more than a decade of academic and professional experience in scientific research, instruction and broadcasting.

Originally from Connecticut, Bernier studied sustainable development at Ithaca (N.Y.) College where he graduated with an Environmental Studies degree in 2007. He was active in the local green building and renewable energy community, researched native landscaping management and participated in the college radio station WICB as an on-air host and developed a local sustainability reporting show called “Your Impact.” He also served as a weekend music host for commercial radio stations WIII, WXYL and WQNY.

Bernier came to Phoenix in 2008 as part of the Teach for America program to teach middle school science in Glendale. During that time he earned his Master’s degree in Secondary Education focused on Science Instruction at Arizona State University. Bernier also holds standard teaching certificates in General Science, Biology, New and Emerging Technologies and Agriculture. To continue his radio experience, he volunteered as an on-air host and program director for the online community station radiophoenix.org.

Bernier then became the Sustainability Instructor at The Center for Research in Engineering, Science and Technology (CREST), a magnet school. He wrote, designed and launched the first comprehensive sustainability program for public high school students in the country. As part of the program developed at CREST, Bernier used the systems-based curriculum for his doctoral candidacy in Sustainability Education from Prescott College. With his doctoral work and connections to STEM organizations, Bernier has developed a strong network with science and technology in the Valley.
Joined

Application of Graphene into an Electric Vehicle

Can we trick cyanobacteria into growing faster?

Good luck guys! Love this project. Fun and incredibly valuable/important. Lead the way!
Application of Graphene into an Electric Vehicle
View comment
Don't be ashamed or hesitate when asking for money. Remember, the money is not for you, it is for advancing an important topic that you care about, so ask all the peeps!
Can we trick cyanobacteria into growing faster?
View comment