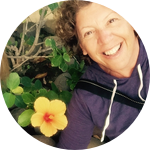 reinventing the wheel, or tag

One thing that's always been true of Cetos and our group of whale researchers is when things start going one way and we need to make a change, we don't hesitate but to get on board with the new dir...