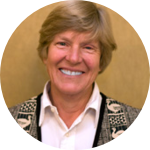 About
Boersma's academic research is in the area of conservation biology and has focused on seabirds as indicators of environmental change.

Dr. Boersma is the Wadsworth Endowed Chair in Conservation Science in the University of Washington's department of Biology. She has been at the University of Washington since 1974, initially as professor of Zoology and then as professor of Biology following the merger of the Zoology, Biology and Botany departments. She was Acting Chair of the Biology department from 2005 to 2006 and is an adjunct faculty member in the Women Studies department.

Since 1982, she has directed the Magellanic Penguin Project at Punta Tombo, Argentina, in her role as a scientific fellow for the Wildlife Conservation Society. Since then, she has carried out research on Magellanic penguins in the South Atlantic, assessing their biological characteristics and the effects of human perturbations and policy changes on their survival.

Dr. Boersma has also been enlisted to take on numerous national and international leadership and advisory positions in such diverse roles as member of the Board of Trustees of Central Michigan University, as an advisor to the United States Delegation to the United Nations World Population Conference in Romania, as a member of President Nixon's Task Force of Women's Rights and Responsibilities, and as a member of the Board of Directors of Zero Population Growth. In addition, Professor Boersma was associate director of the Institute for Environmental Studies from 1987-1993.
Joined

Ryan carried a GPS logger just like the bird pictured above. www.penguinstudies.org