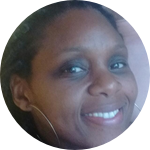 I'm Carioca, a biologist from Federal Rural University of Rio de Janeiro (UFRRJ). My academic life led me to live in São Paulo, where I did a master's degree (São Paulo University), Seropédica (RJ), where I returned to do a doctorate (UFRRJ), Minas Gerais, where I lived and worked for University Center of Lavras for 12 years and Porto Alegre (Federal University of Rio Grande do Sul (UFGRS) where I did the postdoctoral, before finally arriving in Pará where I work as a Professor at the Federal University of Pará (UFPA), campus of Castanhal since 2012. At this university, I teach Biostatistics and Public Health to the Veterinary Medicine course. I also act in two postgraduate programs (PPG): the PPG Animal Health on Amazon and the PPG in Anthropic Studies on Amazon.

Since I started work at UFPA, I've been dedicating myself to multi and interdisciplinary projects that analyze the peculiarities of Amazon in the context of public health. Our projects developed in areas of forest fragmentation intend to evaluate the impact of fragmentation in the human and animal communities that live adjacent to these fragments, as well as the pathogens that may be transmitted between wild animals, domestic animals, and the man in these conditions.

Our investigations have also been concerned with the health of wild animals and man in many areas of mangrove that exist in Pará state. We have been investigating the real risk of develop rabies disease which these individuals are exposed and the appropriate ways to communicate the population to promote changes in habits and attitudes that are reflected in prevention. Leading this research group of 10 students (scientific, master's and doctoral initiation),for only 6 years, these investigations are beginning to generate publications of regional, national and international interest.

How we got here

The Laboratory of Epidemiology and Geoprocessing (EpiGeo) began its activities with few students in 2013. At the time, only one master's student and three students of scientific initiation compose...