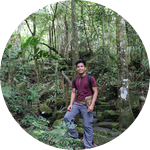 McGuire Center for Lepidoptera and Biodiversity, University of Florida