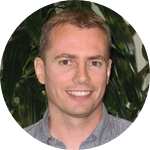 John and his research team study the effects of human-induced change of the environment on wildlife, mostly focusing on birds as they are great indicators of ecological health. He has been at William and Mary since 2001 and was previously a Royal Society of London University Research Fellow and has held many grants from the National Science Foundation. John has received several prestigious awards, including the Outstanding Faculty Award from the State Council for Higher Education in Virginia and the Outstanding New Investigator Award from the Association for the Study of Animal Behaviour. Together with his students, John has published near to 100 articles in journals such as Nature, Science, and Trends in Ecology and Evolution.