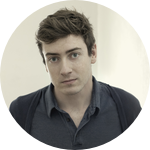 About
Joe first became interested in human-primate interactions and primate conservation as a first year undergraduate in anthropology and biology. He spent half of 2012 living and working with the Orangutan Health Project in North Sumatra, Indonesia, while conducting research for his honors thesis,which examines the political and cultural aspects of interspecific disease exchange between humans and primates. Beginning in June 2013, Joe will be joining the staff of International Animal Rescue Indonesia to begin research on the trade in Javan lorises.
Joined

An ethnographic study of the illegal trade in Javan slow lorises

An ethnographic study of the illegal trade in Javan slow lorises

Dear friends and supporters,First, I need to give a big thank you and terima kasih (Indonesian for thank you) to everyone who's put their support behind this project; it's you guys who made this po...