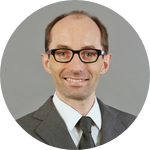 I saw my first solar eclipse, a partial one, in 1994 from Northern Italy. While reading an article about that eclipse in an astronomy magazine, I became aware of the fact that a total solar eclipse would cross Europe on August 11th, 1999. I was on a hilltop in beautiful Alsace that day and despite being clouded out, the arrival of the lunar shadow was so impressive and so real that I was hooked! I told myself that I would go wherever next total solar eclipse would occur. I was a university student with little money but I scraped up enough to go on a special budget trip to Zambia and on June 21st, 2001 I saw an incredibly beautiful total solar eclipse in clear sky. My life was changed.

I wanted more, as I was in awe of people performing eclipse computations and predicting their circumstances. I started studying and I gathered enough knowledge to be able to make precise predictions. I then computed a very long canon of solar eclipses: basically a long list of so-called Besselian elements, spanning the time interval from the year -13000 to the year +17000. For about ten years that was the longest available eclipse canon. While performing those computations, I became curious about experimentally checking the accuracy of the predicted solar eclipse circumstances, especially the accuracy of the time of second and third contact. To pursue that goal, I came up with the idea of using the flash spectrum (I later discovered that others had had similar ideas in the past). And I also learnt that similar techniques could be applied to the estimation of the solar radius.

I am currently living in Sydney (Australia).

Measuring the solar radius during the 2023 annular-total solar eclipse

The 2023 annular-total solar eclipse: a geographical and meteorological overview

Solar eclipses come in various forms, when classified based on their appearance and evolution over the Earth's surface. We have total eclipse, annular eclipses and partial eclipses. And the boundar...

The flash spectrum: an introduction

We are probably all familiar with the spectrum of solar light. Its most spectacular natural manifestation is probably the rainbow. Small rain droplets from a distant storm illuminated by sunlight s...