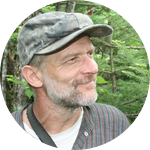 Len Reitsma received his BS in Biology from William Paterson University in 1985 and his PhD from Dartmouth College in 1990. He has been a professor at Plymouth State University since 1992 where he teaches ecology, vertebrate zoology, ornithology, tropical biology, conservation and current environmental issues. He has been involved in migratory warbler ecological research at the population level for 30 years with projects in the US, the Caribbean, Central and South America. He has had and continues to have many collaborations with other avian ecologists and is also involved in research investigating bird community responses to experimental silviculture. He has co-authored 29 peer-reviewed papers. Len received the Distinguished teaching Award in 2005 and the Distinguished Scholar Award in 2015 both from Plymouth State University.