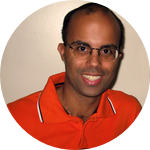 Luciano Paulino Silva (Silva, L. P. or da Silva, L. P.) was graduated in Biological Sciences from the University of Brasilia (UnB) in 2000, and received a Ph.D. degree in Animal Biology from the same University in 2004. During 2005-2006, he was a postdoctoral fellow at Embrapa Genetic Resources and Biotechnology developing approaches to image biological materials using atomic force microscopy and imaging mass spectrometry. He is currently a Senior Researcher of the Embrapa Genetic Resources and Biotechnology working on area of Nanobiotechnology applied to agriculture and biomedical fields developing projects on prospection of biomolecules and development of nanosystems (synthesis, characterization, and activities). Dr. Luciano is Collaborator Professor at University of Brasilia and responsible by teaching courses and lessons at Post-Graduate Programs. He has supervised 8 Doctors, 15 Masters, and 40 Undergraduate Students. He has authored and co-authored 146 full-length scientific papers (about 1,900 ISI citations) in internationally indexed journals, two books, ten book chapters, ten patents of technological products and processes, and about 350 communications at scientific events. Dr. Luciano coordinates research projects formed by public and private partners. He is member of the editorial team and serves as ad hoc reviewer for several mainstream scientific journals. He was awarded with several Brazilian and international prizes, including the TWAS ROLAC Young Scientists Prize 2012, his papers were included among the Top Hottest Articles of several journals, and he was affiliated member of the Brazilian Academy of Sciences (2007-2012). He presented dozens of lectures and seminars at congresses and gave several interviews to mainstream media. Dr. Luciano is the founder of the open value networking NANICOS and also several initiatives like NanoBioFabLab, NanoNews and Nano&Bio&Printing.