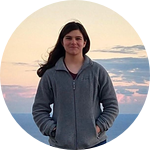 Hi! I am a high school junior and am working on my first research project.

In the first year of our three-year research program we each conducted PCR, gel electrophoresis, and restriction digest on duckweed genes, the sequences of which we later uploaded to the NCBI database. We also completed cell fractionation and a Western Blot analysis.

Before and during these experiments, I solidified plans to study how iridoviruses spread between individuals, but afterwards I also became interested in constructing an isopod-specific gene database that could house isopod genes from all different species and habitats, as well as the genes of their pathogens, such as iridoviruses.

Now that I am entering my second year of the program, I have the opportunity to conduct my own project-- something that could greatly impact and jumpstart my career as a research scientist.

Any and all funding would mean a lot to us. Thank you for your support!

We're really excited too! Thank you for your support!
Building a DNA library for isopods and their viral pathogens
View comment